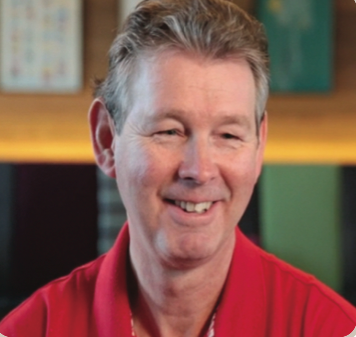 Jos Bastiaans, director of Netherlands-based textile print specialist Print Unlimited, has been involved in digital textile printing since it was merely an idea. He worked as a development and software engineer at Océ Netherlands before joining Stork, where he was part of team that developed the first inkjet plotter for textiles back in 1989. During the 1990s Stork set up a commission printing operation, which in 1999 became Print Unlimited. When this operation was hived off in a management buyout at the end of 2003, Bastiaans led the executive team responsible. And there he’s been ever since, so what he doesn’t know about textile printing isn’t worth knowing! Here are his thoughts…

Jos, you were in at the very start of digital textile printing development back in the 1980s. What key milestones have you seen in that market since then?

Well I started with inkjet on paper, then people wanted to chase colour – again on paper - so we had CMYK printers. We’re talking the end of the 1980s, early 90s. Then we started to get textile ink into the systems; of course four colours at that point but that wasn’t enough to make rich textile colours so by the mid 90s there were eight colours. Then the roll-to-roll printers came in, because to that point it had been all sheet-fed. Then the focus was on speed really until 2011 when Itma [exhibition] really marked a breakthrough point. We saw machines running at 200, 300 metres per hour and higher.

For existing wide-format digital printers, what do you think are the major opportunities afforded by getting into digital textile print?

I find this a very difficult question to answer because I’m more a marketer, and I have a technology background, but the problem is you can invent what you want – it doesn’t mean you can sell it. So print companies must look at what they consider to be their strengths and where they see the market opportunities.

If you’re just thinking what you can do with wide-format that's actually a very narrow view, because you need to think outside the box. You need to look to the market and think about your skill – is it printing, is it turning around images to a carrier, is it that you’re very good in advertising – and use this knowledge to make a breakthrough. The potential with textiles is big but it doesn’t mean you’re well positioned to take advantage.

In the UK, digital textile printing - beyond soft signage - has yet to become a major diversification for wide-format digital printers. Why do you think that is?

I think understanding the customer-base is the key – if you don’t you’re not in business anymore. The industry watchers see there’s a big market developing, but who is best placed to own these markets. Is it the traditional textile printers who buy digital wide-format technology or the graphics arts roots-based wide-format printer who is good at putting an image on media and now wants to run up against textiles? What is the key? I think it’s not wide-format capability per se – it’s that there’s a market that needs printed materials. Wide-format printers are good at producing that, or we would not be having this conversation.

Print Unlimited, together with the La Moda Brand it took over last year, works across fashion, theatre and decorative markets, operating both digital and screenprint technologies. What is your strategic thinking there?

I always try to focus on the market as a service provider.  I try to create business by selecting a customer-base and create a service offering to them. The least customers expect is that I can print very well. If you go to an ice-cream seller you expect him to be able to make good ice-cream. You just ask for what you want and expect he can make it – you don’t even think about that – you think about the service and joy of getting the ice cream. So my customers expect I can deliver functional textile. And we do.

But then we go to a market, say the interiors market, and say hey that’s interesting, but we may only be gaining 1% revenue per year for this area. We are big in fashion but, say we want to open a second market, we know it’s about going step by step every year. I go in with an offering but understand I’ll need to change that a little to service the customer properly. And I hope he’ll then recommend me to others.

So you’re saying it’s as much about researching and educating the markets as focusing on the kit and technical capabilities?

Yeah, there’s a saying ‘time to market’. My saying is ‘time to money’. I always choose the shortest way to money because when someone pays me I’m sure I’m worth the service I’m providing. Of course I must be able to provide this service not just for one customer but the other thousand or so that fit in that space, so I have to work out how I can do something well for one and do the same for the rest. The real focus is all about how I can please the customer and make money doing it.

What kind of customer profile does the company have? How have you got there and is your current customer-base your ideal?

You know, the grass is always greener… So I could think, those guys printing onto paper have it really easy while I’m washing, ironing etc. I must be stupid. But I don’t really know what is at the crux of their market.

We have chosen to do real textile print, by which I mean wet processing, because we knew that technology-wise it was much more difficult and a challenge, so that when the market was catching up we would have a strategic advantage – we could defend our position better because we must be better than the others, otherwise why would somebody work with me?

Then we focused on fashion because the fashion market is really like news – half year news! The graphics arts market is much faster and bigger, but the fashion market looks for something new regularly. Then the next market for us is interiors because it looks to fashion and takes over from trends there – but what they want has to last longer – you don’t buy a couch or curtains every six months.

Fashion was the first to embrace digital because they want constant change, and we think interiors is the next one. So that’s where we are focusing.

So how much time and effort do you have to put into market research?

The textile market is very big, and very scattered. There’s no one market leader. Tell me a brand that has more than one percent of the market – there isn’t one. You know some of the big fashion names – M&S, Levi, H&M – but they are so big they know down to the tenth of a penny what you spend on textile. Then the midfield is so scattered and can be so short lived, some of the companies are only around for a few years then change their name or just die and resurface as something else. So fashion at least is a very hard to read market.

I think the biggest challenge for a wide-format printer wanting to get into textiles is that the buyer is not the final payer. The buyer in the graphic arts/media market is the final payer. If I need a banner for a show I go to a printer and he makes it and I pay him. I don’t need to sell the banner before I can pay him – I just use it on my show booth or whatever.

In textiles the brand needs to sell to the shop, the shop needs to sell to the consumer – but that’s a push market. And that’s fairly dangerous. So now there’s no pull – like I need to exhibit at a show and need six banners. It is more ‘I’d like to make a new collection and maybe your print can be part of that’. OK. But now they have to sell the idea to the shop owner. The stores go to see the collection and say ‘I don’t like it’. The textile might have been printed and produced beautifully but the items aren’t chosen. Or they may get picked and put in the shop, but then the consumer says ‘I don’t like it’ and they’re not bought. The end payer is very far removed, so you have to work with people who are taking risk and there’s a great pressure in terms of risk avoidance.

So what would be your key message to anyone looking to break into digital textile printing for the first time?

Well I would rephrase that question. I think they need to look at where they are strong and diversify from there – not look at wide-format technology development (such as the increase in new textile printers), but at their whole business and where it makes sense to add services.

It’s not a question of wide-format graphic arts printers just hopping over into textile print, because they need to change equipment, type of service and probably markets. The safest way is offering a new product to an existing market/customer base, but if you’re changing everything at once you’re looking close to death. There’s a lot of potential in textile print but you have to measure the risk. There’s a lot of potential in electric batteries, so why don’t we get involved there? I can tell you there are batteries in wide-format printers, but just because there’s a link with wide-format it doesn’t mean you get involved.