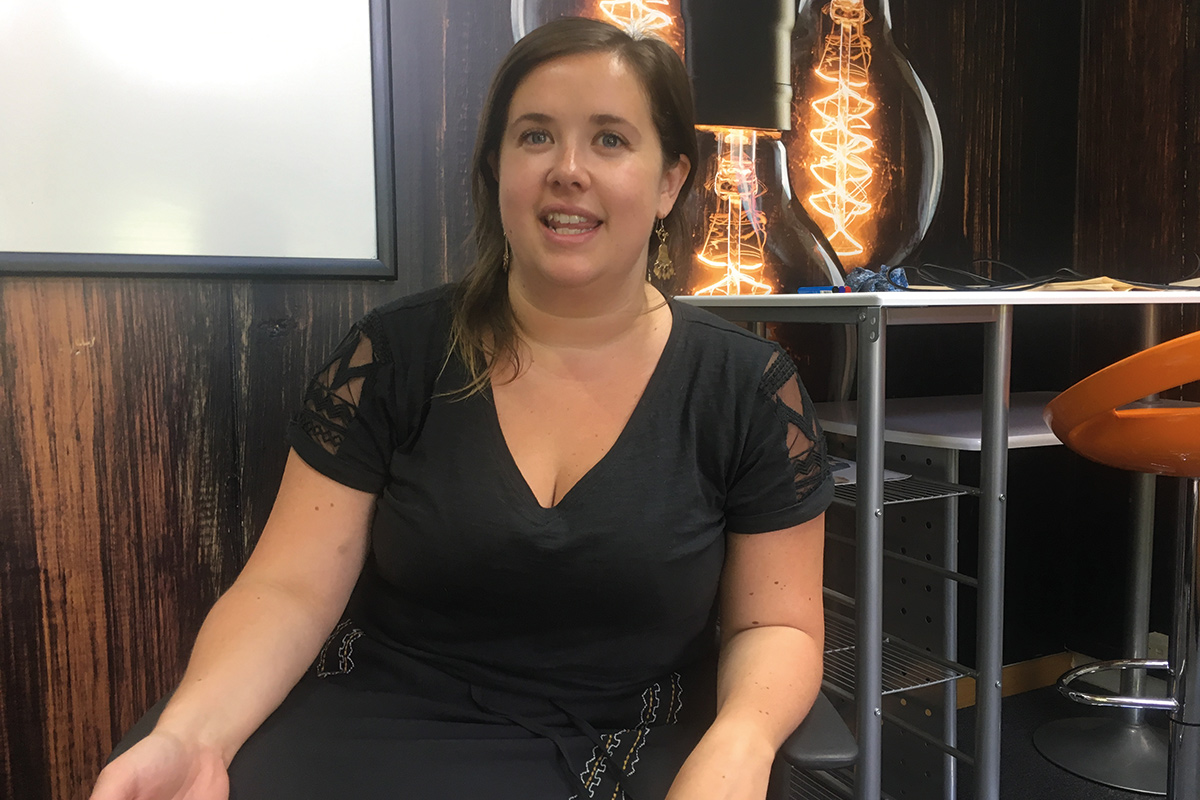 The print industry - and the large-format sector specifically - has bemoaned the lack of women running businesses for as long as I can remember. Signs Express is witnessing an increase in female franchisees - up 40% in the last 20 months. So I went to talk with the Sara Jeffery, the network’s head of brand and recruitment, to ask: “Is franchising the route to getting women into print management?”

How many Signs Express franchises are there now, and how many are run by women?

In the last 20 months, Signs Express has seen female franchisees increase by 40%.

We have 67 franchised stores, and 13 of them are now run by females - a few who are co-owners with their partner, and three who are sole owners.

In fact, since April 2018, we have welcomed new female franchisees in Oxford, Colchester and Chelmsford ,and Leicester and Loughborough.

Have any of the women now running Signs Express stores had previous experience in running a print business?

I’d say 95% of all our franchisees have had no previous print industry experience when they come on board. Looking at the women specifically, there are one or two that have had some sort of background in the sector. So Jane Wiles, who is co-owns Signs Express (Portsmouth) with her husband, previously worked for many years at Signs Express (Hull). Cathy Johnston, who owns our Belfast centre, worked in centre with her father and has taken on the legacy of it since her father passed away.

Overall UK franchise figures - from the 2018 BFA/NatWest survey - show that the number of women taking on such a business has grown something like 20% in the last two years, so what is it about this model in general that is beginning to attract women do you think - and why now?

Historically, men have dominated franchising, however, more and more women are now owning and running a franchise than ever before. With the number of women taking on a franchised business growing by 20% in the last two years, the landscape is certainly shifting and not just with franchisees. Last year, 65% of people employed in a franchising business were female, equating to over 400,000 in the UK alone.

As you know, Signs Express has witnessed an increase in women coming on board. But I don’t think it’s the fact that it’s a franchise that we’re getting more women coming in. I think there are just more women out there now with the mindset that they want to run their own business. More women seem to have the drive and self-belief that they can make a go of it.

I think whether it be a man or a woman, their reasons for going the franchise route are the same. It’s about liking the idea of buying into a proven business model with a clear structure, and one with a hand-holding ethos - which is specially useful if you’re entering an industry you don’t know anything about!

I think print is especially attractive to those with an entrepreneurial spirit – men or women - because they see that there is always going to be a need for print businesses. The women that we have in particular though seem to love the diversity and creativity of the sector. They like the idea that they are dealing with people from all walks of life, and they like that they can see what they actually produce for customers.

At Signs Express you offer three franchise options - Premium, Greenfield and Resales. Are female franchisees drawn more to one than the other, and if so, why do you think that is?

Premium and Greenfield are both essentially start-up businesses. So, franchisees are setting up in a vacant territory where there is no existing Signs Express centre. The difference between them is that Premium sites are ones that we’ve identified as having the biggest potential - eg. in more densely populated areas, where we have a geographical gap in terms of centres, where we can see greater demand etc. And we will have looked at the situation regarding competitors. We want there to be competitors, but we don’t want to be operating in a saturated area ether.

We will have looked at how easy the site is to service, and have checked that there are the light industrial types of unit available that the centre would require etc. We even will have a tentative look around for staff, to check that the franchisee would be able to get the right calibre of people on board.

There is no price difference between a Premium and a Greenfield franchise.

Resales sites are just what you’d expect - centres up for sale because existing franchisees are looking to exit.

So are female franchisees in particular drawn more to one type of franchise than another?

I’d say not, but when I think about it, the majority - especially of the newer female franchisees - have taken on Premium/Greenfield sites. So Mayura Joshi has taken on Colchester and Chelmsford; Priya Lowry and her husband Ian have set up in Oxford; and Val Duggan is in Leicester and Loughborough.

Oddly enough, the women seem to be more up for the challenge of setting up a new operation from scratch than the men. I guess they like that extra control and being able to mould everything to how they want it to be.

How it works, is that we have a franchise fee of £20,000, which we reinvest back into our Premium/Greenfield sites. Overall investment for a start-up is about £120,000 and we help them find the unit, we will co-interview staff with them - important if they’re new to the sector and don’t know technical skills requirements - do a lot of marketing with them, get them set up with a website etc. We make it as much of a turnkey operation as possible.

So what happens in regards to choosing print kit?

All of our centres have large-format print capability. A franchisee’s ‘starter pack’ includes a printer, plotter and laminator. We usually provide as choice of two or three machines. We’ll guide them as to what we think would work best in their operation but it’s then their decision.

How long do franchisees tend to stay on board, and do you see/expect to see much of difference in terms of gender? I’m wondering if you think we’re likely to see more women entering the wider print management market as they find their feet via franchising first?

We don’t see any difference between the men and women - 15 years is our average ‘term’. Franchising in general is seven years so ours is quite unusual. I don’t know that any of our franchisees have moved on to run another print business - most have retired or gone on to do something more lifestyle-based.

But, over the last three or four years, we have seen younger people - in the 30- 40 age bracket - taking on franchises, so maybe that will change things.