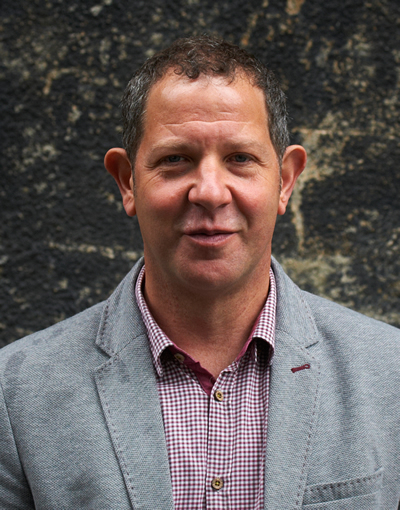 Is print a creative industry?

Never heard of it? It seems that few in the print industry have. Yet the federation was launched last November as the national membership organisation for all the UK’s public arts, cultural education and commercial creative industries. So should print be included?
By Lesley Simpson

Print is not on the list of sectors the federation defines as ‘creative’ for the purposes of membership. So, the key question is, what constitutes ‘creative’, and should ‘print’ be recognised as a creative industry?

I’m fascinated by what you tell me of the large-format digital print sector. It seems to me that you [printers] are an interface between design, advertising, visual arts… At the federation we’ve broadly taken the original DCMS [Department for Culture, Media and Sport] designations for the creative sectors list, but I tend to take the view that if it’s creative in any way it should be under our umbrella. And increasingly, with technological advances and opportunities, it's a question - particularly in the current era - of where does creativity begin?

To be honest I’m not sure what ‘slot’ to put print in, but I don’t mind – there are lots of people and organisations that don’t ‘fit’ into one designation. Look at app designers – where do they begin and end in terms of creativity. They are loosely termed ‘digital’ – well everyone is digital now. There are categorising issues even with large august, traditional institutions like the V&A, which is a member and is obviously a museum and gallery, but is it visual arts, design, music…?

One of the advantages of the federation is that we completely understand that every organisation and company wants their specific requirements met - and there are the various trade bodies that do that. But organisations don’t always fall easily into designations so while the trade bodies can perhaps deal with specific concerns it’s important that there’s something like the Creative Industries federation that lakes the larger view of all the various disciplines and represents that whole.

So how do commercial businesses fit within the federation’s remit?

If you think of a triangle we represent the commercial creative industries, public arts and cultural education. We believe very strongly that those three parts of the triangle will not thrive if they don’t come together – and that they will thrive if they do. We see them all as part of a single eco-system.

The Government has had a very grasp of the individual creative industries but much less of a grasp of that eco-system, and that it was only through art schools, universities and other forms of skills training – from the technical level through to the most artistic level – that we now have the incredible talent and entrepreneurial pool in this country that will allow our companies to thrive. And we fail to invest in this at out peril, at a time when counties around the world are investing heavily.

Hundreds of our members so far are commercial creative companies - from the very largest like Burberry through to tiny micro businesses, and from all over the country. Membership is patchwork in that some sectors are better represented than others, but it’s an organic process. After a year -18 months I’d like to do a geographical, sectoral and public/private enterprise map and I’d hope that by then we’d have strong representation everywhere.

You have a series of roadshows that will continue throughout 2015. Can you explain their relevance?

The roadshows are absolutely essential. They kick off in Manchester, Birmingham and Leeds, but will include Gateshead, Liverpool, Norwich, Cardiff, Bristol, Glasgow etc. In each area we are working with three partners, one from each corner of our triangle, and these effectively kick off the partnership in those regions. The idea is to give each area a voice that they’ve not had before. The larger companies might have had access to Westminster etc, but has a small textile maker, a lighting company, a printer?

You talk about the importance of having a strong, unified voice. Print doesn’t really have that. Where its voice is heard, it tends to be that of the ‘traditional’ sectors under threat. The fastest growing parts of print – such as digital large-format – don’t feel the same need to make as much noise perhaps. What’s your take on that?

It’s an interesting question you raise – and ranges much more broadly than the print sector. It is perfectly understandable why a company that is incredibly busy and doing very well, thinks ‘we’re fine and don’t need further representation’. Our argument is that there is an enormous amount of business, financial, creative, curatorial potential for businesses across every sector - and people who fall in the cracks between sectors - to cross fertilise.

We are already seeing this. We’re not measuring it because what two people say to each other in a room and follow up by further meetings etc. is beyond our remint, but we’ve seen from our events so far that individuals or businesses from one discipline talk to those from another etc.

In the past print has not been good at cross-fertilisation, but that’s changing as businesses, certainly in large-format digital, see the strategic value in doing so. Can the federation progress that trend do you think?

I’m not saying that Print Company X, if it joined and took part in our many activities would necessarily secure new contracts – that is unmeasurable! It’s for every individual company to predict what the potential ROI is of becoming a member, but given that we’ve already got so many members – and got many more coming in on a daily basis - that they work on the assumption that there is nothing to lose and plenty, potentially, to gain. If you put a designer in a room with a theatre company, with an app designer who’s to know what could come of conversations between them – especially when you have a mixing of scales and public/private.

Is this cross-fertilisation in itself creating issues – in that many companies are becoming ‘solutions providers’ and therefore increasingly difficult to distinguish between, and thus raise sectoral specific issues?

What we cannot do, and would not do, is try and represent the specifics of any one particular sector. The trade bodies are there to do that. We are here as the ‘glue’ between them. One of the problems is that there are so many trade bodies in some sectors, and sometimes there’s competition among them so in effect in-fighting.

Are any of the print trade bodies your members – or in talks with you?

No. A lot of the other trade bodies are our members. They see not competition but merit in being part of this broader canvas. But then some embraced us right from the off and others thought we were not for them then changed their mind – and others have yet to hear of us I guess.

What about individual print businesses?

The honest answer there is I don’t know. And it depends on how they might have described themselves on the membership form – as we’ve discussed, they could have listed themselves in various guises.

I completely sympathise with companies that are just too busy to think about things like this – but in many ways those are the most interesting ones and ripe for involvement with organisations like this. Those that are busy tend to be the ones that have something to say – those with too much time on their hands, well perhaps their business plan isn’t quite working!

So you’d be open to conversation with companies and bodies from the print sector?

100%. We would be totally enthusiastic. We are open to all in the creative sectors and I’m excited by the prospect of talking to those that might feel they are not represented as forcefully as they might be, but also from the point of view we’ve discussed – this cutting across traditional disciplines is key.

We want to be the home of ambitious, thrusting companies and help them grow. My totally unscientific guess of one of the trends of our membership, is that the more multi-disciplinary an organisation or company is in its mindset, the more likely it is to join because it will see the benefits of this cross fertilisation.

There is a full account of the Creative Industries Federation’s ethos and promises on its website at: http://www.creativeindustriesfederation.com.

For a limited time Image Reports readers will get a discounted membership. Those companies quoting 'FedImageReports' in the discount code box on the online sign-up form before the end of June will get 20% off the normal rate. The form can be found at the bottom of the following page: http://creativeindustriesfederation.com/membership/business/

or (if they a sole practitioner)