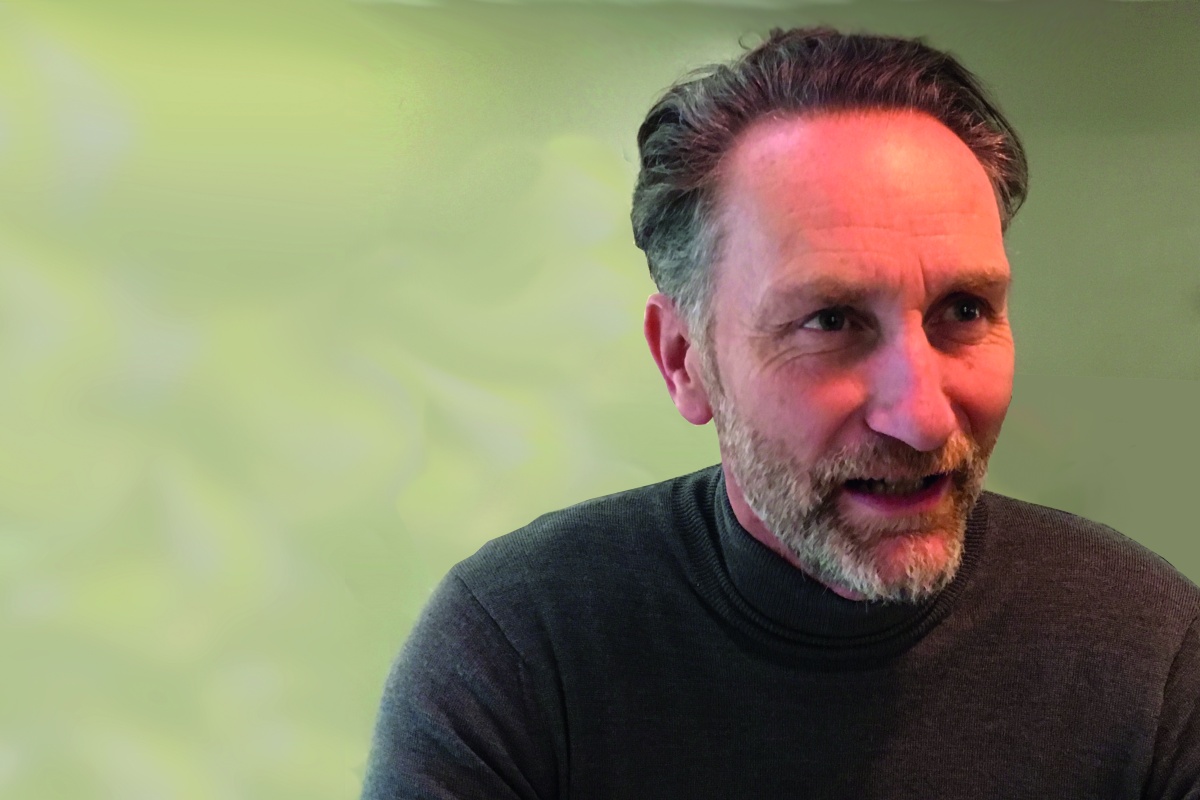 The first Pure Digital event will take place in Amsterdam in April. Organised by former Fespa men and InPrint founders Frazer Chesterman and Marcus Timson of FM Brooks, it aims to ‘excite the European creative industry with truly innovative digitally printed applications.’ Great idea, but will it work, and should you be involved? Here’s what Chesterman had to say…

First, I have to commend you for taking the initiative with Pure Digital. Through our own Think Bigger campaign, we’ve been trying to help realise the huge potential for large-format digital inkjet print by getting possibilities in front of the wider creative community. The ideal of course is to bring the creative and print worlds together, which is exactly what you hope to achieve with your new show. Can you briefly explain your thinking behind your move?

Well you and I have talked a lot about encouraging printers and the creative community to connect more effectively - that is the greatest opportunity for PSPs in terms of developing their businesses. As you know, Marcus and I have worked in the large-format space for quite a long time, and when we launched FM Brooks it was all about trying to establish shows in the print sector that were for more niche markets - that provided potential opportunity for printers, and for inkjet manufacturers as well. So we launched InPrint in the industrial space and that’s showing stable growth, so we thought where next?

We’ve been thinking a lot about the development of digital print and where it’s going. InPrint is about long-run print production within industrial processes. But undoubtedly, inkjet technological developments also provide opportunity for graphics PSPs to produce short-run, bespoke work for new markets - particularly those like décor - and to diversify.

We know, don’t we, that the major manufacturers in the digital inkjet space feel that there’s a maturing of the market when it comes to signs and graphics - and we’d heard the likes of HP and Canon talking and saying that for them areas like décor are an opportunity. And PSPs in a maturing market - where they may be comfortable and still be quite happy - have to realise that they can’t rely on today’s business to be there tomorrow.

So it was pretty clear to us that for both manufacturers and PSPs - especially for those PSPs that have innovation in their heart and really get it - that there’s an opportunity to address different marketplaces. Getting digital print possibilities in front of those involved in décor, architecture, pop-up shops etc. seems imperative. They are the people who will drive demand and grow the sector.

I’ve spoken to many ‘creatives’ over the years and held round table discussions etc. on how the digital print sector can better engage with them. They have made it clear they won’t attend print-orientated events, even if content is specifically aimed at them. So why will they come to Pure Digital?

Let me just back-up what you say. I was at Fespa for ten years, and there I wanted to attract creative people. We tried, but creatives made it very clear that they think print shows are for printers. When we did round tables in relation to Pure Digital with creatives and brands from The Netherlands, they all said “we don’t go to print shows, we’re not printers”. What they do want, is to learn about how digital print can help them realise new ideas, create experiences and add-value. They do want to connect, just not at print shows. It’s the reason we were careful not to put ‘print’ in the title of this new event.

As you know, we are running the inaugural Pure Digital alongside Building Holland at the RAI in Amsterdam. That is an interior/exterior decoration event that has been running for four or five years and attracts top end designers, architects and others involved in creating built environments. So we hope we’ll be able to access that group of people. And we’re working with BNO [The Association of Dutch Designers] and other associations to pull in those from outside the traditional print sphere. As an example, we’re working with the Wallcoverings Association to show their members what can be done in terms of short-runs etc.

Towards the end of 2017 you ran a survey, a couple of summits and a webinar - asking relevant people for help in shaping the first Pure Digital Event. What kind of people responded and what was their key messaging?

We have run a number of groups, with manufacturers, PSPs and creatives to hear what they want from a show like Pure Digital. They’re all agreed it should not be a print trade show. Basically the idea is to get the manufactures and PSPs to show and tell and the creatives to see and understand.

Very few digital print machines will be shown - it’s about application rather than production. And we have PSPs exhibiting - mainly Dutch ones - and they too will be showing applications. These are companies that get it - that have the vision and realise they have to take the message out to the creative audience about what digital print can do for them. Take Probo, a fully-automated print business, that has an operation called Montiflow that is a library of designs - designers can upload their designs to it - and people can say “I want design X printed on carpet” or “I want design Y on wallpaper” and they’ll print it.

So we have the exhibition side of the event, and then there’s the conference. This has two strands I guess - it’s is for the print community to tell a creative audience about what’s possible, but it’s also for designers to tell a print-based audience why print needs to be doing a better job of selling itself to them.

So do you have large-format PSPs lined up to speak?

Yes we do. They’ll be telling architects for instance, “look, you use this cladding in this way, but what about using printed cladding in that way?”

We have to place great emphasis on the content, because this is all about educating the market.

Have UK large-format PSPs come on board?

I’ve had some really good conversations and had PSPs say it’s a really great idea and they’re right behind it and we’ve talked about doing some really sexy stuff, but then it’s got lost along the way. I get the impression that in the UK large-format PSPs always think there’s something else more immediate that they should be doing. And that’s a real shame, because there are some really innovative things happening, and I’m sure there could be huge demand for some novel applications if only more people knew about them.

I think it boils down to two things - it’s a shock for a printer over here to be asked for money to market their services. You say “OK guys, we can do something fantastic. It’ll cost £10,000 but you’ll get it in front of 500 really interesting new people” and you get all sorts of reasons why they can’t do it.

Also, it might be true that a lot of large-format PSPs are doing OK at the moment thank you, doing what they know with customers they understand. But that’s not to say those customers will be there down the road. There’s little urgency among UK PSPs to create a market today for tomorrow, and that short-term vision in frightening.

We’ve asked the design and branding communities where they think digital print will make a difference over the next few years and they say in décor, retail and packaging. This is about the long haul.

PSPs on the whole accept that it would be beneficial if more creatives understood what is achievable, but they’re not very good at standing up in front of creatives and delivering a dynamic message to that market. Is that part of the problem?

I think a lot of printers are nervous of sharing good practice anyway, and I think in the UK in particular that is the case. We have noticed some cultural differences between the UK and Dutch PSPs for instance. Over there they are much more willing to stand up and share experience and knowledge.

I’d love any British company that is happy to talk to contact me with their idea because I’d love to have some on the programme.

How international do you think the first show will be?

Well we aren’t marketing it outside of the Dutch market, the Benelux market, Germany, the UK and Scandi countries. I expect it to be 70% local market.

So what will make this event succeed or fail in your eyes?

This first event is a bit of a mission. I think this will take at least five, maybe ten years, to impact behavior. I’d love to run this show every year as a co-located event with Building Holland, and if that works out well - which it looks like it should - then we’d explore other regions perhaps for satellite events. I’d love to run a Pure Digital event in the UK, perhaps initially in the format of a conference bringing together printers and potential end users.