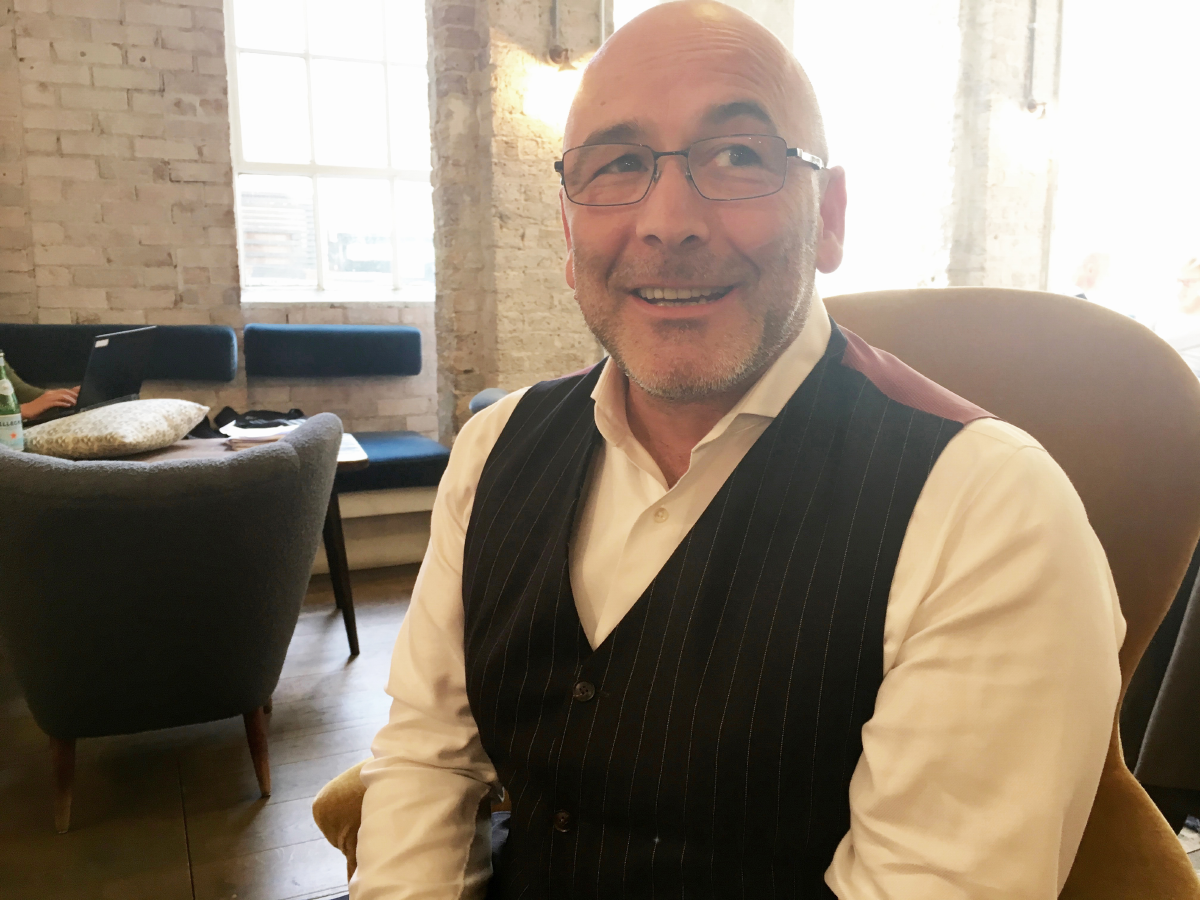 It Has To Be Brilliant calls itself a ‘pioneering cross-media production agency’ that does everything from web design, digital campaigns, bespoke photography, illustration and graphic design through to print and installation of ‘creative environments and exhibitions’ as well as packaging, direct mail, promotional goods.., oh, and now it sells cakes…and houses and… other stuff. Sounds like diversification gone mad? I put that exact question directly to founder and MD Simon Tabelin.

So IHTBB has moved into the baking sector with the introduction of CakeyMonster.com, an online personalised cake order/delivery system. A simple question - why?

It’s not so much that we’ve moved into the cake business as changed our business model in general. We felt that print was getting very commoditised - that it was becoming more about companies in the sector producing what they make rather than what clients need. The price of print has come down and down relatively speaking and there’s very little margin in it.

Where print used to be successful was in supply and demand - doesn’t matter whether it’s large-format, smallformat or whatever - printing is printing. In large-format, where we now have more trade services, the margins have fallen to a third of what it was a few years ago. B1 digital print technology will be very disruptive because it can do POS very quickly and more players will start doing that. Plus, it is widely acknowledged, that for the most part, large-format will disappear to digital signage where you have thin screen technology that you can change thousands of times if you want. What is left will be marginalised. So we had to ask, how are we going to overcome that?

Rather than sell print we thought, the best way to get customers is to become the customer. Trying to sell print to a customer is a hard call because they say ‘give me a price’, then they ask elsewhere and everybody undercuts each other. But, if print is successful in marketing terms, why not market for ourselves? So instead of being a supplier of print, we’ve become our own customer for print.

So, where we had a cake-making customer who bought print from us, we’ve gone to them and said ‘supply us with cakes for a new venture’ and we’ve sorted out the online system to take orders etc. and we do the gift cards and packaging print for those orders too. But we don’t just sell cakes - we sell fish, and modular homes, and cigars…

So how long have you had cake making on your mind Simon?

The actual idea of IHTBB actually becoming the customer is something that we’ve been thinking about for a long time. It’s taken two or three years to actually prepare for going live with the online CakeyMonster.com service, and other projects of a similar ilk.

Customers go online and put in their orders - which includes a personalised printed message on a card and personalised packaging etc - and they pay upfront.

The site manages cake order levels and automatically sends order requirements to our cake-making supplier - they deliver the cakes to us, we store them and we have an automated production line for the customised print/ packaging, fulfillment and distribution. Turnaround is 48 hours from order.

What are your expectations for this diversification?

By the end of the first year of running CakeyMonster.com we hope to be up to 2,000 cakes per day - so £6m turnover. And it’s much better margin than print. There you’re looking at margins of 2-4% net. Here they’re more in the region of 8% net. And remember, the orders get paid for up front. And if something does go wrong with an order you’re talking about having to give back £15, not upsetting a big customer who says ‘right, I’m not paying you £30,000’ or whatever, or dealing with clients who tell you to wait 90 days for your money.

What would you say to those who say this move is bonkers rather than brilliant?

I think it’s really important to stress that we’re not a printing business selling cakes! Take Thomas Cook - they sell holidays. But the business was set up as a catalogue printer by Cook who tried to sell them to the shipping and train companies etc. and nobody was interested, so he got into travel himself. What we’ve done is the same premise. Nobody points at Thomas Cook and says it’s a printing company that sells travel. It’s a travel company. We’re a cake company. Or a modular homes company. Or whatever the vertical happens to be that we’re getting involved in.

You have to divest yourself of thinking as a printer.

So, explain a bit more about those other verticals where you’re getting involved.

There are four other markets where we’re getting involved to start, including modular homes, cigars and organics/ health. The modular homes site went live in April, a simultaneous launch with CakeyMonster.com. There will be other launches before the end of this year and at the start of next. Our target is to do one a quarter.

It’s such a massive business building opportunity because all we have to do - now we have the online automated model set-up - is go to somebody that we believe has a great product for online personalised sales, and say ‘can we buy your product?’.

Won’t some of the suppliers just look at your online offer and say they’ll do it themselves?

The initial cake company we approached for CakeyMonster.com - for whom we’d been doing marketing/ print - said they’d looked at our model and that they’d do it all themselves, and asked us just to supply a print price! And we said, ‘but it’s our concept’ so we fell out with them, walked away and found another cake supplier

It’s about finding new suppliers, not just going to those that are already marketing/print customers of ours and turning them into our suppliers. And of course we have a different relationship with the companies that we’re buying product from rather than being just a supplier to. So when it comes to other marketing/print services we can also provide, we can have a different level of discussion.

Will the overarching business continue be called It Has To Be Brilliant and how do you define the business going forward?

Yes, with the verticals having their own identities. I reckon that one in ten of those will hit the big time. It doesn’t mean the other nine will be failures, but they might remain more niche.

We were a cross-media business - that’s how we’re known. The new business model is a completely new concept, but using our existing skills.

As the new verticals become established they will start generating more print - but that’s not the goal. This isn’t just a way of filling print capacity. And we won’t necessarily do the print ourselves.

So will you divest yourselves of in-house production and outsource that?

Yes, within the next few months. I can’t say more than that at the moment regarding print production staff and equipment. But our focus will on the marketing side.

Saying that, we are actually looking more now at print machinery than we ever have - so we know what is possible and who we should look to outsource to.

Take the modular homes situation. The system allows buyers to choose their décor - wallpapers etc. Also, we have come up with a brand ‘DecoRacers’, so that when a council or housing association or whoever that buys modular homes wants to re-let them, this team can come in and within 24 hours re-decorate and have them ready for the next occupants. That is something we can maybe hive off as a standalone service for those who don’t want a modular home but want this speedy redecorating service. It is large-format print, but reinvented.

When we started the business in 2001 it was with an expectation of diversifying. We’ve been changing shape for 17 years. This is the pinnacle of that. It’s taking it to the extreme. We don’t think there’s anything like it in terms of business model.