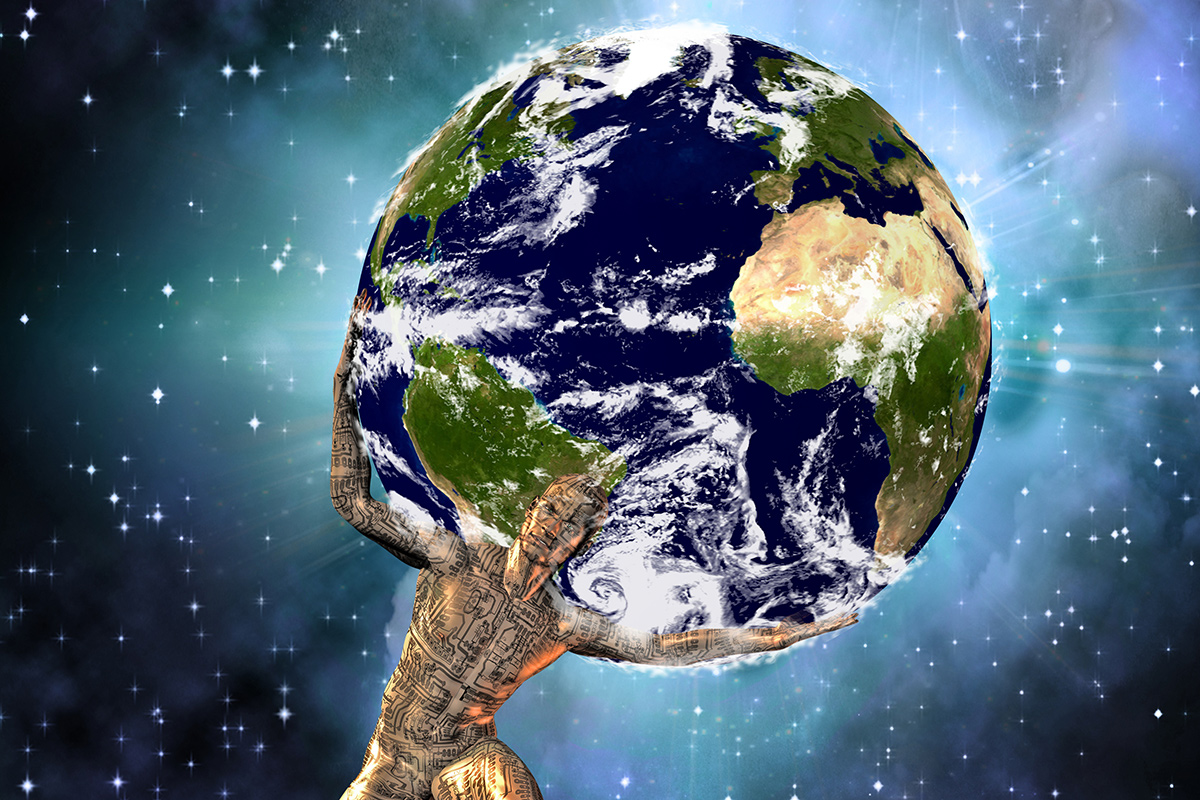 Can PSPs in the UK take a lead from Sydney-based Mesh Direct, which has launched eco campaign #ThinkGreenDoGreen as something of a challenge to the industry as a whole?

“We took a look at where the signage industry is at in terms of being a green industry - and we did not like what we saw.” That was the moment when director Andrew Doenicke and his colleagues at Australian wide-format printer Mesh Direct decided to change the way the company worked and launch a campaign called #ThinkGreenDoGreen.

Nearly all signage - including 600 tonnes of billboard banner material - ends up in landfill in Australia, and it was this that initially spurred Mesh, a commercial wide-format printer based in Sydney, New South Wales, which is particularly strong in construction and event signage, to launch its own eco-campaign as a challenge to the industry as a whole. Soon the company was discovering other challenges - how to reduce the carbon emissions from the energy and transportation it relied on - and managers set a target of becoming carbon neutral by 2020.

To achieve this, Mesh’s leaders know they have to act now. The business has long-term green goals - which we’ll explore later - but has also taken several short-term measures to reduce its emissions. The immediate steps include carbon offsetting for itself, offering customers offsets on every order, and making an offset donation for every referral from a top client. The company has also launched two new sustainable signage materials - EcoBoard which is plastic free and completely recyclable, and EcoVinyl which can be recycled into park benches, decking, bollards and fence posts - and it plans to develop more.

At the same time, directors are thinking long-term. Managers are exploring the practicalities a scheme where stakeholders return its products to a centre where, hopefully, they can be reused and repurposed. If all goes to plan, this will start up in 2022. Doenicke says: “We are working on a business case with the Australian Vinyl Council for producing tiles for building materials made from old vinyl banners. Repurposing vinyl would help dramatically reduce our waste.”

None of this is revolutionary but it is ambitious and, as the company says, this is only the beginning. “We’ll continue to ask challenging questions and discover new ways to help the planet and reduce our impact as a business,” says Doenicke. One of the most difficult challenges, in a country the size of Australia, is how to make delivery more carbon efficient while still meeting customers’ other expectations.

With the way the industry is operating in Australia at the moment, there is a danger that the media, companies and the public come to see the sector as a signage vs the Earth, Alien v Predator-style clash. Such perceptions have encouraged marketers to turn to digital signage in the belief that this is somehow more ‘eco-friendly’. This ignores the fact that recycling digital signage can be a complex and expensive task and that, once printed signage is installed, there are no further carbon emissions.

This false dichotomy is something Mesh wants to change and hopes that other wide-format businesses will want to change too. The company’s Instagram account, which has just over 4,000 followers, is certainly promoting the message but it would be fair to say that it hasn’t exactly gone viral.

In this respect, the experience is not that dissimilar to the Sustainable Green Printing Partnership in North America which, despite the obvious benefits to companies’ image and efficiency of getting accreditation has made steady, rather than spectacular progress since it was formed back in 2007. Yet many companies are still plugging away: in June, British company Signs Express Bath announced it had joined the Planet Mark sustainability scheme and sourced a new vehicle wrap vinyl from a non-PVC polymer material. In the ast issue of this magazine we carried a piece on a new recycling initiative between Soyang and Blue Castle that has been trialled by large-format PSPs.

To truly change the game, wide-format companies need to educate their customers about the real environmental impact of competing media and keep challenging themselves to reduce their environmental impact. Pledging to become carbon neutral, as Mesh has done, is a bold step, but, when environmental credentials are so often the subject of claim and counterclaim, it is a relatively straightforward benchmark for customers to get their heads around. Isn’t it about time that more PSPs took up the challenge?