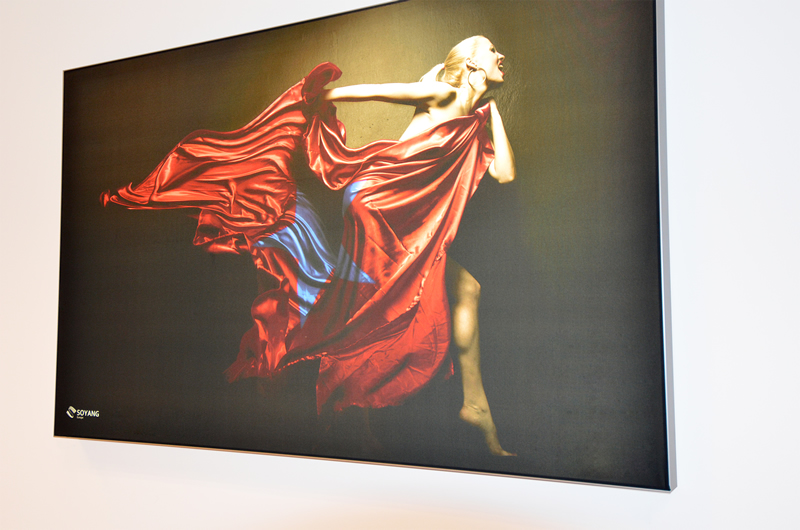 The retail sector is under pressure from online shopping and the recession but is this good or bad news for wide format providers? Nessan Cleary investigates.

The retail sector is an important source of work to the wide-format print community so it’s a no brainer that we keep up to speed with trends and developments impacting upon the type and levels of work we can produce for such customers.

Funnily enough, the most obvious trend to affect retailing (apart from the dire economic conditions of the past few years) having been the rise of online shopping and courier deliveries, has led to attendant opportunities for vehicle graphics.

The pressure from online shopping has also led to shops making increased use of wide-format posters instore, especially those that can be changed quickly and easily. Jane Rixon, channel business manager for HP’s large-format production printers, says that there’s a general trend towards more signage by retailers in an effort to attract more customers through the door. “So before we might have put up vinyl on a wall and it would have stayed for quite a while. But we are now seeing more people using magnetics and changing the display more often.”

Cestrian for example, has developed a magnetic fabric display system. It’s basically a metal frame with magnetic elements that can be clipped in place as and where they are needed. It’s covered up behind a printed fabric, stitched with a rubber edging that locates into grooves around the sides. The magnets are powerful enough to support small shelves and product hangers, which can be easily clipped in place.

The emphasis is on ease of use, so that store assistants can quickly change over display areas without the need for specialist fitters. The same also applies to floor graphics and to the use of cling films on windows.

Cestrian has also found demand for fabrics that work well with window displays for backdrops and for curtains that can divide displays, noting: “They are cost effective to change and swap around. There’s also a particular advantage in using soft signage in clothing and home furnishings stores because the fabric used in the graphics fits in better with the products and retailers are increasingly using a more immersive approach to attract people.

Baker-Smith also argues that with an increasing number of brand owners looking to use a mix of different technologies instore, printers need to think of what they can do to widen their offering. “For instance, instead of having a graphic next to a new dress you might want an LED screen that shows a model walking down a catwalk,” she says. Thus Cestrian is using techniques such as augmented reality to trigger shopper interaction, such as displaying the catwalk video on a customer’s mobile phone.

And then there’s all those novel display cases that integrate 3D screen technology, moving parts, snowglobes etc… will they replace large-format printed displays in certain areas, or could they be integrated as part of them?