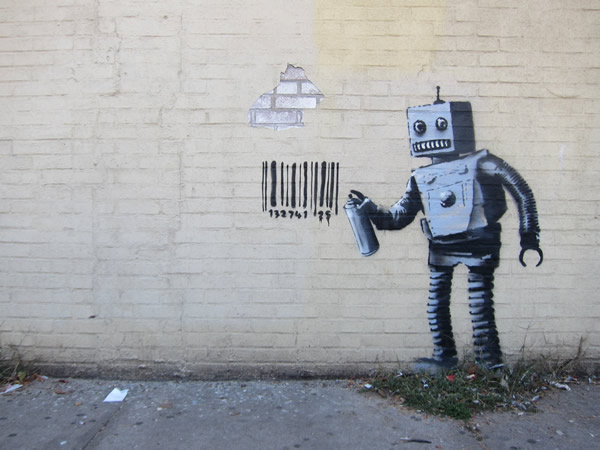 How automated do you want you workflow? Walter Hale takes a look at robotic technology trends and where it may lead you.

Robot is a curious word. First used by Czech playwright Karel Capek in his 1920 science fiction drama R.U.R, it was actually suggested by his brother Josef, a painter and writer. Karel had wanted to call his factory made artificial creations labori (from the Latin word labor) but he didn’t like the word. Josef suggested robot – robota was a Czech word that meant slave labour, drudgery or hard work. Karel liked the sound of that and it stuck, with him and us. R.U.R. stood for Rossum’s Universal Robots but in the near century since, robotics have been far from universal. In 1959, computer-assisted manufacturing was demonstrated for the first time by the Massachusetts Institute of Technology.

Two years later, the first industrial robot, known as Unimate, was pressed into service at a General Motors factory. Yet the creatures Capek envisaged developed in fits and starts. It was not until 1970 that SRI International produced Shakey, the first mobile robot controlled by artificial intelligence. Yet robots may be about to offer spectacular proof of what is known as Amara’s Law (after Roy America, the American scientist who ran the think tank Institute For The Future) which states: “We tend to overestimate the effect of technology in the short run – and underestimate the effect in the long run.”

After decades of, to be blunt, failing to live up to the hype, robots could transform the way we live, work and do business in the next decade. As the ‘Economist’ magazine noted, there are four key drivers of this shift.

First, robots are being improved by the exponential growth in the power of silicon chips, digital sensors and high-bandwidth communications.

Second, shared standards are making robotic R&D easier and cheaper – and reducing the cost of the machines themselves. Baxter, the 3ft-tall two-armed robot with an animated face developed by US start-up Rethink Robotics, can be bought in America for the dollar-equivalent of £16,000.

Third, some of the world’s most powerful companies are investing gazillions in robots. Google bought eight start ups in this sector in 2013. Apple has earmarked a significant chunk of its multi-billion dollar capital expenditure budget on robots that can help it produce iPads. Amazon’s relentless drive to deliver more parcels per employee has prompted it to lead investment in drones. Yet it’s investment in robotics has uncovered a few snags, one of which will be of particular interest to wide-format printers: in June, it organised an open challenge for inventors to build robots that could pick stuff up off shelves more effectively. The tests showed that robots found it a lot harder to pick up rubber ducks than human beings. Clearly, its bots remain a work in progress.

Finally, companies are being more imaginative about the way robots can be used: they already write news stories for Associated Press, work as grips and gaffers on movie sets, manage pallets at large newspaper, magazine and book printers and will, Canon recently announced, help it completely automate the manufacture of digital cameras by 2018. One of the most inspirational applications of robotics is in Japan, where a robot designed like a baby seal seems to help elderly patients suffering from dementia.

Yet a recent report, ‘The Future Of Employment: How susceptible are jobs to automation’, by Michael Osborne and Carl Frey of Oxford University’s Martin School, suggests the use of robots could quickly become more widespread. They suggest there is an 83% chance of printers being replaced by automation and a 95% chance that robots would replace staff in binding and finishing. (At Fespa last June, Swiss supplier Zund demonstrated a new pick-and-place robot that unloaded and sorted finished parts from the cutting table.) The report’s authors were less certain about pre-press workers – their chance of being replaced by robots was estimated at 57%.

If you’re thinking that all these percentages sound a bit too neat and tidy, the experts at Alsbridge UK, an outsourcing consultancy specialising in robotic process automation, would agree with you. Paul Donaldson, its head of intelligent process automation, says: “Robotic process automation and cognitive computing promise to fundamentally transform business operations and the nature of work. Some argue that robots will do away with all jobs, leaving humans unemployable. Others insist that smart machines will handle the drudgery, freeing us to focus on creative, fulfilling activities. Both views are simplistic.” 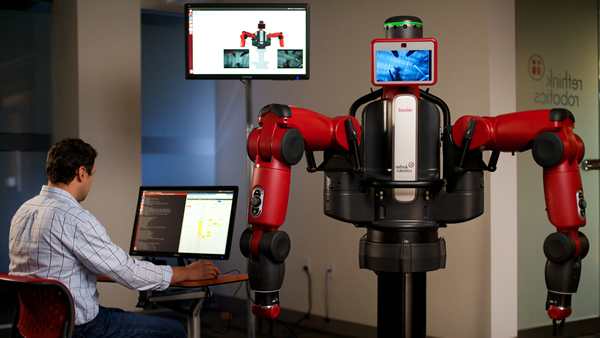 Forward-thinking companies, he argues, need to look at how they can redesign their processes to take advantage of automation, connect and integrate different processes and “manage the touch points between automation and human intervention.” To do this, they need to assess their own expertise in artificial intelligence and programming – and think through the organisational science and process changes required to implement automation. This may sound daunting but Donaldson says, reassuringly: “Businesses that get it right are achieving benefits that go far beyond cost reduction - they’re getting more and better data and analytics, greater security and better compliance to regulatory requirements.”

Donaldson has a point. Plonking a robot in splendid isolation in the warehouse, so it can bring materials from storage to a wide-format printer may be eye catching, ego tickling and trendy but is it really going to deliver a return on investment? Among the other real world issues that wide-format printers have to ponder are space (which most don’t have enough of or, if they do, is inconveniently shaped), substrates (a robotic press minder can’t always stand back while a long run job on the same stock rattles off the printer) and integration (given this sector probably lags the rest of the printing industry when it comes to automating its total workflow).

Before any of you become intoxicated by visions of running an entirely automated print plant, you should heed Donaldson’s warning to think deeply about the likely impact of automation – be it cognitive computing or robots – on your workforce. “Rather than eliminating jobs, automation is eliminating portions of jobs, so the impact on a worker is usually not to see their job eliminated but to have 30-40% more time,” says Alsbridge’s head of intelligent process automation. “The challenge for companies is how to reskill workers to make the best use of that additional time.” In the long run, companies need to address employee concerns so that job functions can change, new skills are acquired and workers’ skills remain relevant.

So, in this scenario, it is probably more realistic to envisage – and we’re talking about some point in the future here, as the timing will vary from company to company according to their states of readiness, willingness to invest and perception of customer demand – three staff doing the work of five, rather than having no employees in the print production operation at all.

We also need to get out of the habit of seeing robotics in the stereotypical context defined by such famous fictional robots as C3PO in Star Wars, Wall-e or Dr Who’s best friend K9. As the ‘Economist’ put it in its technological survey last year, in the long run: “Robotic prowess will, to some extent, be taken for granted. It will be in the nature of cars to drive themselves, of floors to be clean, and of supplies to move around offices; the robotic underpinnings of such things will be invisible.”

Printing is an industry that was founded on technological change and, in the last 30 years, been transformed – and, if we’re being honest, scarred – by it. For every PSP that relishes the role of early adopter, there is another worrying about the risk that the leading edge of technology becomes a bleeding edge. And robotics is not some incremental technological change – it’s not as straightforward as, for example, investing in a faster new printer – it is a great leap that wide-format printers need to think long and hard about. And, as ever, the trap to be avoided is not to see the investment in purely technical terms. Get it wrong, and this revolution could wreck your business. Get it right, and it could transform your business.