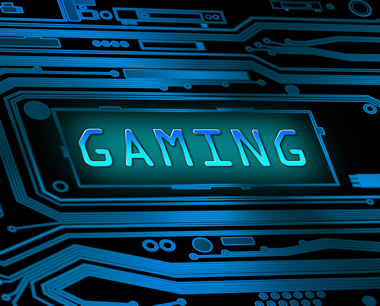 Understand what gamefication is all about and you just might become one, as Paul Simpson explains.

Why is gamification one of the buzzwords of 2014? There are two principal reasons. First, because more companies are realising that the factors that inspire billions of us to play games - desire, incentive, challenge, achievement, reward, feedback and our innate need to be the best at a specific activity – can be used to sell products, persuade us to like a brand or change out behaviour as employees. Secondly, this dynamic resonates most strongly with Generation Y consumers, also known as millennials, who will comprise 75% of the global workforce by 2025.

We know two things about these Generation Y consumers. They grew up video playing games, browsing the internet and using smart phones. And they just aren’t as loyal to brands as the generation that came before them.

In age when brand loyalty is already withering, the dominance of Generation Y is a real worry for the owners of the world’s biggest consumer brands. The old strategies to build loyalty - discounting wars, complex membership spend and reward schemes and sending allegedly targeted emails - are proving ineffectual. Brands have realised they need to make an emotional connection with consumers - and gamification looks the most promising way of doing that.

Games inspire passionate, even obsessive behavior, in a way that few other brands do. So if you are a soft drink manufacturer, trying to inject some oomph into a customer loyalty programme, why not turn to games? In Indonesia, Japanese soft drink firm Pocari Sweat eased the launch of an electrolyte drink with an online game called Ionopolis, in which players signed up to defeat monsters determined to dehydrate a city.  Status updates were posted on social media, users checked into locations on FourSquare and those who bought drinks were rewarded with such in-game benefits as codes to check their hydration meters. This proved so attractive that a staggering 94,000 customers played the game.

As a general principle, the more time consumers spend with a brand – and the more intensely they interact with it – the more likely they are to buy it. This logic would certainly explain the success of Bunch Ball, the US company that claims to have invented gamification, and is helping boost Coke’s Nitro customer loyalty programme. Gamification has driven a 57% increase in the time customers spend on Coke’s Nitro website, a 159% rise in mobile app downloads and an 825% surge in sign-ups for email newsletters. These are not small figures.

The game type mechanisms used to encourage consumers to interact with brands can vary. Kiip, the American mobile ad, app and rewards company, gave free samples of Sour Patch Kids candy to users who downloaded a game containing a rewards feature. With hundreds of thousands of consumers taking up the offer, this approach helped boost sales by 10%. In this instance, the genius lay in the offer’s simplicity. Kiip attracted consumers with a simple, immediate, tangible reward: download this and get a free sample. In other cases, like Coke and Pocari Sweat Giant, where the aim is to build enduring relationships with consumers, the incentives and rewards might be more complex.

Industry experts predict that, by 2017, half of the world’s retailers will be using some kind of gamification strategy to engage with customers or incentivise staff. (After all, the same intrinsic drivers can change our behavior as employees too.)

It’s less clear how effectively such an approach might work in a B2B environment. Yet the same principles could make gamification work here too. As long as the customer - be they a shopper or a print buyer – can see the benefit, they could be persuaded to sign up to a game or reward mechanism. Obviously, games in the B2B environment would need to be mindful of laws against bribery, but the reward could be virtual - customer X heads a league table because they’ve contributed to more forums than customer Y - or virtuous: customer Y’s favourite charity gets a donation because they’ve interacted more often.

There are two key issues here. Firstly, is the reward tangible and commensurate with the effort a customer puts in? In other words, if your gamification solution ends up resembling one of those hideously complex loyalty cards where if you spend £1,000 you will get an unpredictable number of points that may, depending on availability, the time of the year, and the size of the family, earn you three tickets on Eurostar in 15 months time, then forget it. The second issue is about the quality of what you have to offer. As Rajat Puharia, the founder of Bunch Ball, put it: “If the product or service you’re offering sucks, save your money - gamification can’t save you.”