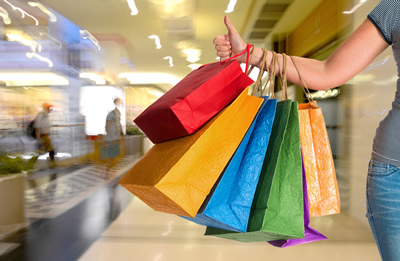 Etailers are wanting to make human connection, and opening bricks and mortar stores. Walter Hale explores the phenomenon, which could well impact upon large-format print demand.

Because here’s a funny thing: many of the online retailers who have taken billions of pounds worth of business from traditional stores have decided they’d like to have a store of their own. Beauty company Birchbox, which rose to fame sending cosmetic samples to millions of subscribers, has opened a store in New York. The Big Apple was also chosen as the site of the first bricks and mortar store to be launched by online eyewear specialist Warby Parker. American men’s fashion etailer Bonobos has just raised £35m to quadruple the number of what it calls its ‘guideshops’ to 40 by the end of 2017. Even Google has dabbled in pop-up shops.

This move to mix up online and offline retail stopped looking like just an intriguing trend last October when Amazon.com declared its intention to build its first bricks and mortar store in Manhattan. The online retail behemoth may open a store with a selection of products for same day delivery – or to be collected by online shoppers – that acts as a showroom for its range of gadgets, such as its Kindle e-reader and Fire smartphone. The company, which looks destined to succeed Wal-Mart as the world’s largest retailer one day, has enough brand awareness – and the logistic prowess – to shake up retail all over again.

Now let’s get real here. The move to bricks and mortar by some online brands is not going to repair all the damage done to Britain’s high streets by recession, retail parks and e-commerce. In the first half of 2014, 16 shops a day were closing everyday in the UK.

A broader revival of the British high street depends, in the view of Bill Grimsey, who used to run furniture chain Wickes, on a bigger overhaul in which town retail centres incorporate education, arts, residential, leisure and technology facilities. He has publicly called for the “big chains to put something back in and help redesign the high street”.

That sounds laudable, but with the big chains facing more immediate, business-critical issues, the arrival of a discrete number of new stores representing fashionable online brands might be a useful first step in reinventing the high street.

So what’s behind these moves by these dot com sellers? The strategies vary in some detail but for many of the younger etailers it is about building a profile, giving potential consumers an easier to way to sample and purchase product and, in one case, improving customer service by helping women select the right swimsuit, a process that, research found, often proved difficult. For Amazon and some other etailers, opening bricks and mortar stores is also about deepening customers’ connection with the brand.

These stores don’t all operate along the lines of conventional high street retail outlets: at Bonobos, shoppers place an order in-store with products delivered in the next 48 hours.

These strategies seem to be working. After opening ten stores in the last few years, Bonobos has cut its digital marketing costs by 50% and the average value of an in-store order – £227 – is twice that of a purchase on the web.

Six years ago Gap spent £95m to acquire Athleta, an internet seller of premium women’s sportswear. Yet as you read this, Athleta will just have opened its 100th bricks and mortar store. One of the attractions, according to the company’s Tess Roering, vice president of marketing and creative, is that shoppers interact more with the company – and its products – in-store than they do online. “The retail stores,” Roering says, “are about making a human connection.”

Ultimately, how significant this trend will become may be defined by the success of Amazon’s first store. The company’s no-nonsense chief executive officer Jeff Bezos has shown a commendable willingness to make big bets and stay the course if he is convinced that his investments will deliver the right return in the long term.

Having done so much damage to high street retail, the internet – or, to be precise, the companies that sell on it – could be riding to its rescue.

Businesses in shared workspaces missing out on grants

Chili publisher v6 due out

Why are you still not happy with off-the-shelf MIS options?

Tax doesn’t have to be taxing