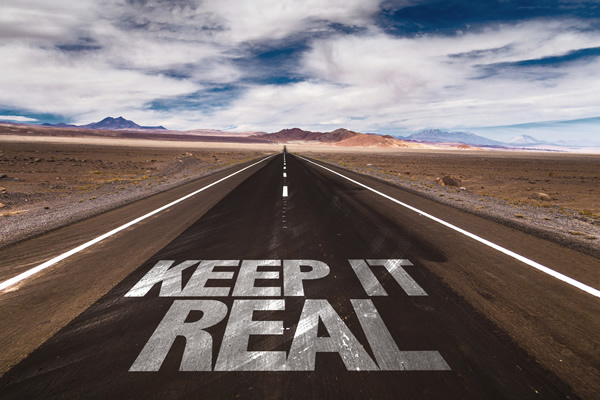 Whether you love or loathe Jeremy Corbyn, the new Labour leader leaves you in no doubt as to what he stands for. On the other side of the Atlantic – and quite possibly the other end of the political spectrum – the same can be said of Donald Trump. The popularity of both politicians has perplexed some and terrified many but should it really come as such a surprise?

For the past ten years, survey after survey has shown us that consumers value ‘authenticity’. To take just one example, research by academics from Stanford Business School, the University of Lugano in Switzerland and the University of Virginia found that restaurants seen as ‘authentic’ – a label that might reflect the fact that it focused on one cuisine rather than offering a smorgasbord of food – earned significantly better online ratings (typically half a star in a five star review) – than those that weren’t.

This is no fluke. Consumers’ thirst for authenticity has fuelled the craft beer boom in the US. Last year, for the first time, craft beers accounted for 11% of the US market, growing by 18% in volume in a market that grew only 0.5%. The analogy many analysts of the fmcg industry use is that many orthodox brands are the equivalent of wedding food. You might eat it as a social obligation but most consumers – especially Millennials – want something distinctive and they’re prepared to pay for it.

In part, this is a backlash against the downside of globalisation. After the horsemeat in the food chain scandal, many consumers assume that anything produced locally must be better, kinder to the environment, less likely to contain a load of stuff that it shouldn’t – and, for that matter, not produced by workers who are slaves in all but name. In the 1990s, marketing agencies were always trying to identify the so-called ‘opinion formers’ who drank the latest cool lager before their peers.

In the 2010s, every consumer likes to see themselves as a kind of opinion former – even if they might not be. The rise of social media has made it easier for us all to hear opinions – and to express ours, whether it be about a politician, a bus company or a blog.

The relentless monotony of marketing messages and the clutter of so many competing brands has helped to promote the value of ‘authenticity’. As James Gilmore, the co-author of a book on authenticity, put it: “Consumers felt a desire for the real in an increasingly staged, contrived world, mediated world.” Products or companies that stand out from the crowd – be they Uber, Tesla or Apple – are perceived as cool. Consumers are looking for more than a logo – they are buying into a set of values, and looking for heritage, sincerity and quality, the three factors that they see as defining authenticity.

A 2014 study by the Yale School of Management found that heritage was often at the root of customers’ perceptions of authenticity. To give one example, they found that people were more impressed by – and willing to pay more for – Levi jeans described as made in a factory built after the 1906 San Francisco earthquake than identical products from a newer factory. This may explain the popularity of all those signs that proudly proclaim shops have been supplying their wares since a certain year. In some cases, merely being founded in the 1990s is enough to convey ‘authenticity’.

It’s easy to be cynical about this but consumers have proved to be discerning. When the beery behemoth Moors Colson tried to tap in to the craft beer phenomenon by launching the Blue Moon Brewing Company, the ploy succeeded for a while – until hipsters realised who owned the business and, seeing a logo but no values, switched brands.

Businesses – and their leaders – can learn a lot from this. You might not want your company to be seen as the new Corbyn or Trump, but wouldn't you rather your customers saw you as the equivalent of a craft beer rather than a pint of ‘cooking lager’? In an industry whose product is increasingly seen as a commodity, authenticity could help your company profitably differentiate itself. When you think about it: wouldn’t you prefer your customers – and, indeed, potential customers – to remember who you were and what you stood for?