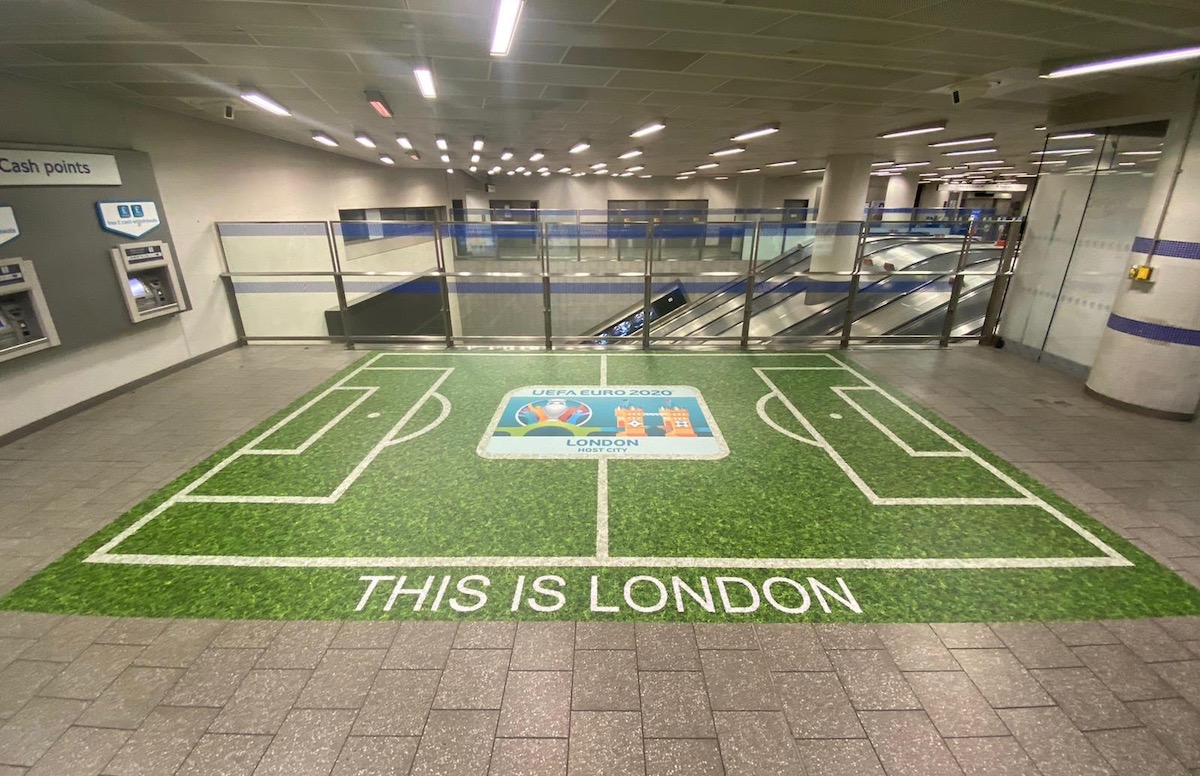 With Wembley Stadium one of the locations for the games, Transport for London (TfL) approached Links Signs to produce a series of themed graphics to accompany fans as they travelled across London to matches. Graphics were installed at King's Cross and Paddington train stations - as well as at Baker Street, London Bridge and Wembley Park.

Links Signs worked with the commercial team at TfL and prior to installation met with the graphics agency at the proposed sites to advise on the best fit solution for the multi-site project.

The project included wall graphics at Kings Cross and Paddington that mimicked the players' tunnel at Wembley Stadium, as well as football pitch floor graphics and a design that integrated existing seating at the station to give the effect that fans were sat in the stadium dugouts.

All the Euro 2020 graphics were printed on Drytac Polar polymeric self-adhesive vinyl, paired with Drytac Interlam Pro Emerytex, which is fully approved by TfL and carries all the required fire and slip certifications and ratings for public spaces.

Links Signs used an HP Latex 570, installed 18 months ago, to print the graphics onto the vinyl and carried out installation of all the graphics over a period of five nights, in time for the start of the tournament on 11 June.