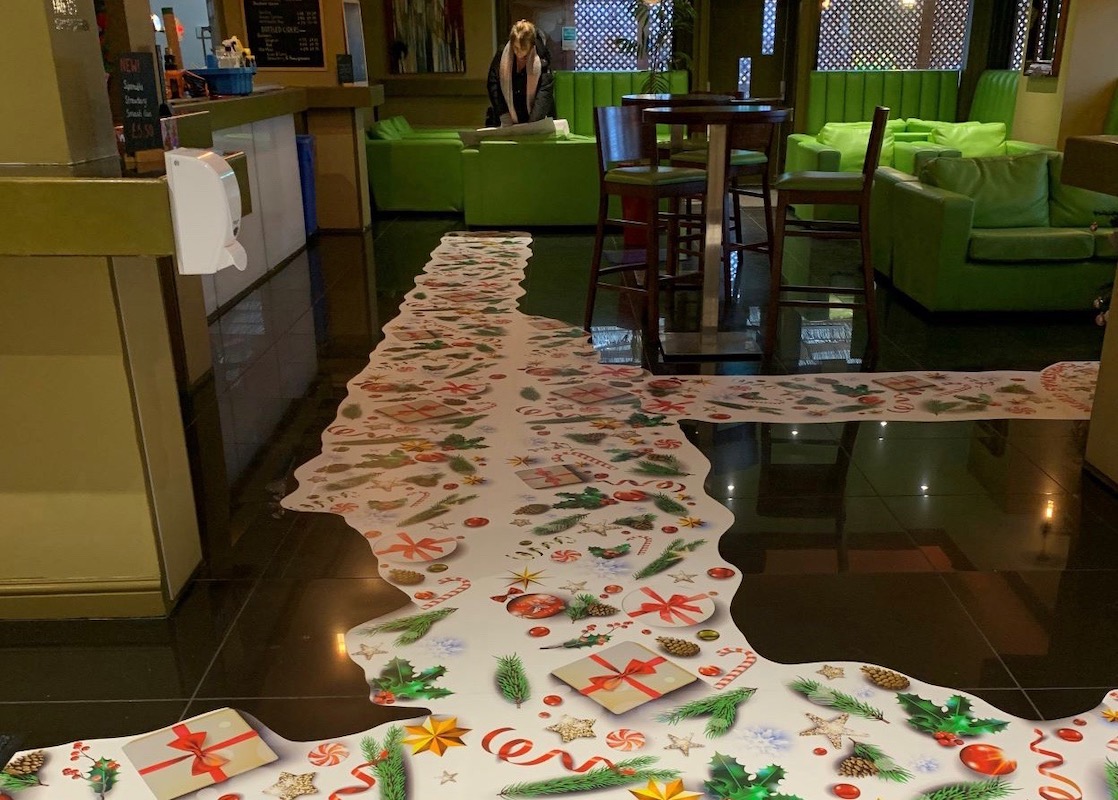 morphmy, which only launched in September this year, currently operates from founder Rob Oldland’s home in Gillingham, but there are plans to move to separate business premises in 2022.

“I have a background in design and have worked with cut vinyl for a number of years as a hobbyist,” said Oldland, who was contacted by Spice Fusion to produce a floor graphic that would help guide visitors to a ‘Giving Tree’ in the bar area of the restaurant, as well as mark the area where they could leave donated gifts for less fortunate children. The restaurant then passes these on to a local charity.

“I only had one day to create a design and print ahead of laying the graphics, so we selected a fairly straight forward scheme,” said Oldland. “I designed it in such a way that I could make a final decision for cut and placement on site to reduce the amount of design time and back and forth with the customer.”

Drytac Polar PET 170 was used for the job, which was printed on a Roland VG2-540. “I have found this film to be a great all-rounder for floor or wall projects I have worked on in the past and it was the only suitable media on hand that would meet the requirements for this job,” said Oldland.