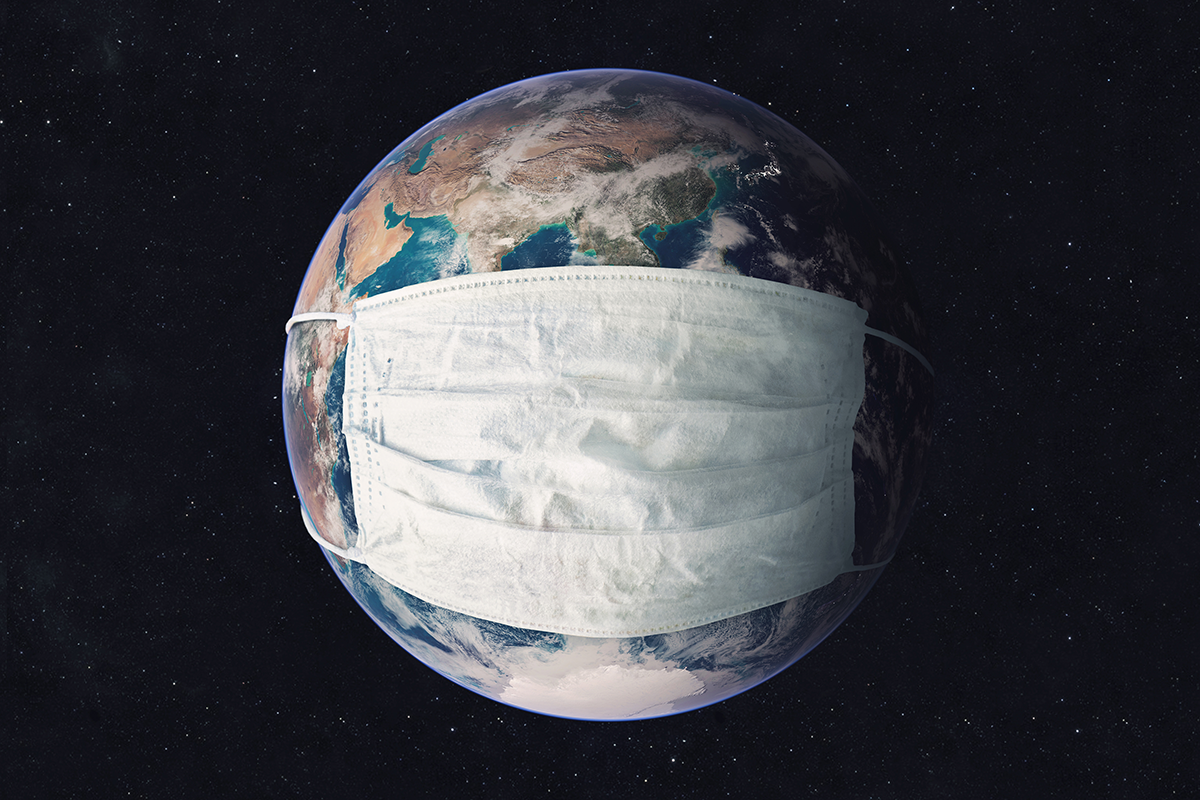 Amidst a global economic reboot due to the Covid-19 pandemic, will climate change - and ‘greening-up’ - continue to be a real consideration?

“Do we just go back to business as usual?” That question, raised recently by Peter Betts, formerly the UK’s chief negotiator on climate change, underlines the uncertainty about the Covid-19 pandemic’s enduring impact on corporate environmental practices and government environmental policies.

The disease was probably originally transmitted to humans from bats, sold illegally in a seafood market in Wuhan. The genetic make up of the coronavirus found in people is, virology tests in China indicate, 96% identical to the form found in bats. The tragic global consequences of this transmission are a compelling reminder that the way we exploit the environment can still harm us, that we have blithely accepted air pollution as a fact of urban life (with so few cars on the road, residents in such diverse cities as Los Angeles, New Delhi and Rio de Janeiro are literally gasping with surprise at how fresh the air is) and that we are all intimately interconnected.

As devastating as the recent Australian bush fires were, they did not kill hundreds of thousands of people across the globe, force governments to confine citizens to their own homes, or wreak economic havoc. In that respect, optimists say that the pandemic is educating the public about the mechanisms that drive climate change, encouraging businesses to change behaviours and making a compelling case for government action.

It is certainly plausible that the kind of small- to medium-sized businesses that form the bulk of the British wide-format industry will, post-pandemic, adjust to a new normal. As Andrew Missingham the co-founder of creative management consultancy B+A, says: “Cheap flights, car journeys to attend meetings that are being held just for the sake of having meetings, not investing in training or retraining, these are all part of the kind of ‘business as usual’ that no longer exists.”

The march of globalisation, may be another aspect of ‘business as usual’ that doesn’t suit the new normal. Missingham said that, even before the pandemic, there was a sense in the corporate world that globalisation had peaked. Covid-19 hasn’t just exposed the fragility of many global supply chains, it has compelled people to think locally, which could stimulate local sourcing and supplies.

The pandemic is not, as it is often called, a one-off ‘black swan’ event. Covid-19 is the third viral respiratory disease to strike in the past 20 years. The original SARS (Sudden Acute Respiratory Syndrome), which was also traced to bats, broke out in southern China in 2002. Ten years later, a similar virus struck the Arabian Peninsula, killing more than 6,000 people. Last year, before the coronavirus struck, China was grappling with a swine flu epidemic that killed four out of every ten pigs. These outbreaks are too frequent and too damaging to be classed as ‘black swan’ events and resilient companies are already thinking how they can mitigate the impact of the next disaster.

At the moment, Covid-19 looks certain to lead to the biggest ever fall in the world’s CO2 emissions since records began - possibly, some experts believe, a drop of 10%. Yet will that have a lasting impact, as governments across the world scramble to rescue their economies?

There is already evidence to suggest it may not. As part of its post-pandemic economic recovery, the Chinese government approved more new coal-fired power plants in the first three weeks of March than in the whole of 2019. After the most recent global recession in 2009, many governments, not just China’s, found that the easiest and most effective short-term way to boost economies was to financially support industries that relied heavily on fossil fuels.

Inevitably, emissions shot up again, exacerbating climate change. Experts also question whether, after committing $3trn to economic rescue packages, the world’s governments have the resource to invest in green industries such as clean energy. That said, Alok Sharma, the British secretary of state for business, energy and industrial strategy, recently told an online international conference that the “world must work together to build a green and resilient recovery which leaves no one behind.”

There is one abiding lesson from the pandemic that may alter our attitudes, as citizens, executives and regulators, to global warming and the environment. As Nicholas Stern, chair of the Grantham Research Institute on Climate Change, says: “People understand that the consequences of their actions are collective and big.” Even in the midst of a global economic restart, that understanding could yet apply to climate change