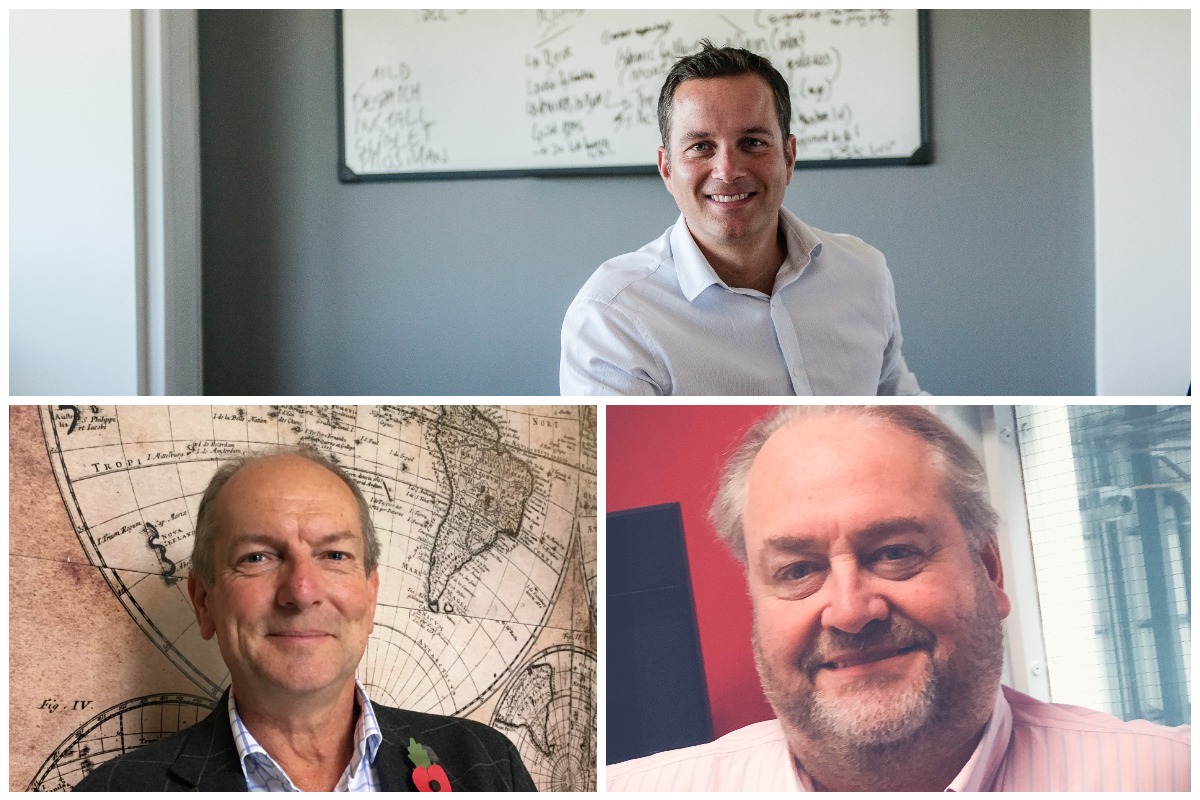 People want to know if their promotional print spend is delivering. So is digital technology - and its integration with print - fulfilling that requirement? We asked PSPs for their comment…

1. As a PSP, how involved are you in integrating things like NFC, Bluetooth Beacons, QR codes etc. with the large-format print applications you deliver, and how major - or minor - an issue is it for you?

Richard Courtney, MD, Gardners: Over the years we have seen a number of technologies become well integrated across the industry from QR codes on bus stops linking the customer to bus timetables, to Bluetooth beacons used for promotional purposes (offers etc.) in duty free shops at major airports.  However, the longevity and success of these have always been down to the ease of use and the overall ‘experience’.  We can print pretty much anything for our clients, but it is the thought and planning that goes behind integrating technology that is crucial to success, as well as the learning and measurement along the way .

We all walk around with mini computers in our hands these days so accessibility has certainly improved. QR codes, for example, had a surge of popularity - particularly with early adopters and those within the marketing and advertising industries - but not all phones had great functionality and the fact that you had to download an app made the customer journey a lot harder to tap into. As such, we’ve seen less and less use being made of QR codes.

Advances in digital has meant that campaigns have moved on to focus on VR and AR technologies where brands are tapping into social media platforms for example, and audiences that are tech-savvy. We’re seeing more Snapchat campaigns with personalisation for movie launches, behind the scenes exclusives and competitions as well as AR in places like museums, helping to bring exhibitions to life in more creative ways than ever before.

James Lavin, MD, Leach: Here at Leach, we never really get involved in NFC or Bluetooth Beacons - and we don’t receive requests to print or integrate such technology - so I’d say it was insignificant for us.

There are graphics we produce with QR codes, but the artwork for these comes directly from the end client, so once again it’s not something we’re heavily involved with - or that has much impact on our business.

Mark Barlett, MD, Signbox: As a PSP wishing to integrate IOT, we have had a mixed experience working with third party monitoring metrics software as the companies that have developed them have come and gone. The only way to provide a secure closed environment for data metrics is to develop an app - which takes time, money and good developers. Any projects that include IOT, the client or agency will provide the back-end tech, so it has not been an issue to date.

2. What are the headaches and sweet points for you in integrating these technologies?

Richard Courtney, MD, Gardners: The headaches come from a lack of planning really. The possibilities that analogue (print) can bring in a technology-led world are vast and it’s so important to have clarity in terms of what people want to achieve to realise true return on investment. Commerciality is something that slips peoples’ minds when everyone gets excited about a big idea and that’s something that we pride ourselves on -  being able to advise those we work with, helping them to not only bring their creativity to life but to get the right results.  We don’t advocate technology for technology’s sake.

James Lavin, MD, Leach: As mentioned above, those particular technologies aren’t wholly relevant to Leach. However, what we are actively looking to integrate is data tracking - both within lightboxes and large-format print. This will enable retailers and customers to get the maximum value out of their store or internal space, meaning the graphic is dual-purpose.  For example, the data analysis from this technology will allow our clients to track the demographics of those who pass and engage with the POS or marketing material - enabling a deeper understanding of visitors and taking a greater step towards ROI.

Mark Barlett, MD, Signbox: A good understanding of the pitfalls (and there are many) of each technology is required to confidently offer a solution that gives the client the right ROI.

3. To what extent do you think Apple iPhone development is impacting the integration of NFC with printed posters etc?

Richard Courtney, MD, Gardners: All smart phones are pretty powerful and the advances that they bring means that integrating technology faces fewer barriers than ever before. These days you don’t have the problem that people don’t know how to use technology or their smart phones effectively - instead it’s more about relevance. Making the experience relevant alongside the right technology is what is key and I think that people will continue to innovate, linking print with on and offline experiences.

James Lavin, MD, Leach: I wouldn’t be in a place to comment here, as it’s not something we’re actively involved in day-to-day.

Mark Barlett, MD, Signbox: Apple disclosed on 12 September 2018 that its new iPhone models Xs, Xs Max and Xr running on iOS 12 now allow reading of NFC tags without having to manually open the target app first. This latest update to Core NFC in iOS 12 - including the so-called background tag reading feature - enhances the user experience of NFC-enabled, real-world objects by speeding up interaction times, by improving handling methods and by enabling new use cases on the newest iPhones. We understand there will be a further opening up of NFC capability for Apple iphone in the autumn.

4. Where do you see the biggest technological change taking place when it comes to promotional print metrics monitoring overall, and how/when/where do you see that impacting its integration with the (large-format inkjet produced) print you deliver?

Richard Courtney, MD, Gardners: AR and VR have been major talking points in the industry for a while and it’s certainly become (a little more) cost effective to implement. As more people begin to understand the technology and the possibilities it brings, it’s becoming more of a priority for organisations to build strong campaigns around it through print-focused activity, whether that’s for commercial purposes or for public awareness campaigns. I believe that wide-format printers have an opportunity to evolve with this technology and integrate it into their service offering, if they are open to it.

James Lavin, MD, Leach: As mentioned above, the integration of data tracking tools - for a deeper analysis of visitor demographics and the success level of a print or advertising campaign.

In addition, we’re also seeing an increase in lift-and-learn technology - enabling customers to interact with products and merchandise - so that the print becomes a more tactile display system, rather than a standalone 2D graphic.

We’ve been asked to create dynamic lighting effects within retail merchandising systems, thus producing a moving visual - a hybrid between a video wall and large-format print.

Regarding any form of technology, we always place it - along with innovation - at the forefront of our business, and view it as evolution within the print industry, rather than having any negative impact.

Mark Barlett, MD, Signbox: We believe that now is a good time to invest in NFC and the IoT. Lots has been written elsewhere how both iBeacons and QR codes have been proved ineffective for UK retailers - but the NFC market is expected to be worth more than $45bn by 2024.

NFC chips are quick, easy and cost-effective to install, and there are no battery life issues as they are powered by the NFC reader - such as a smartphone, which users just have to tap on a touchpoint without any app. The technology enables companies to collect anonymised data, to find out more about their clientele and about their marketing efforts, and as such I believe we’ll see a huge growth in its use.