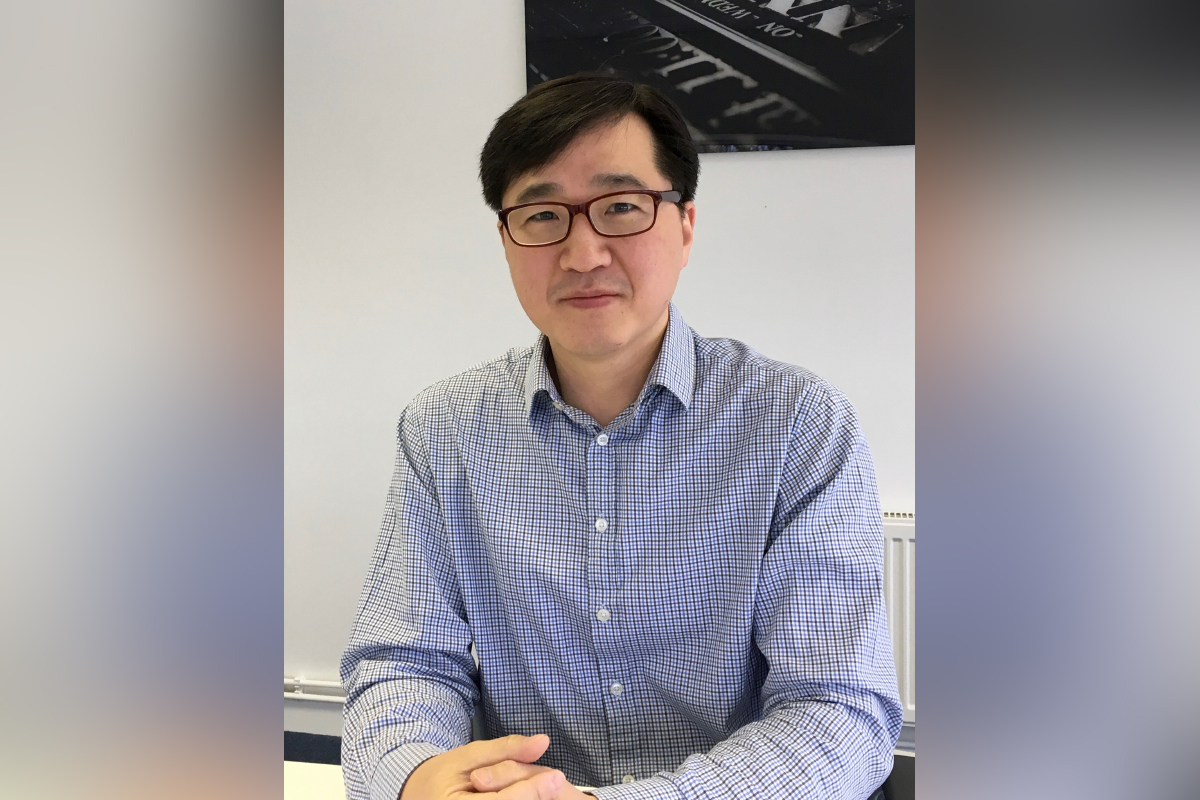 £68m turnover Inktec is not making any profit. But founder and CEO Kwang Chung says the South Korean based company is “poised to leap toward a new future to achieve our vision of success”. So what’s that vision, what’s the plan, and where does large-format graphics sit in the mix?

2018 will be a gamechanger for InkTec according to its leaders. Having recently restructured to facilitate quicker decision-making, worked to change what InkTec Europe MD Joey Kim calls its “DIY mindset”, and about to see the fruition of investment and R&D in new products means this should be a good year for what is a significant sized company - but one that needs to start making profit. To that end it is reshaping its business, and in five years “InkTec will not be seen as an ink manufacturer but as a total solution provider of digital inkjet technologies” says Kim, who is frank about what needs to be done and upbeat about the company’s ability to do what’s necessary to compete in the global market.

Established in 1992 by Kwang Chung - current CEO and major shareholder – with the motto “today’s technology is never good enough for us”, South Korean-based InkTec has morphed from being a desktop printer inks company, into large-format inkjet printer inks and media development in 2000, moving into large-format UV printer manufacturing in 2006 with the first Jetrix models.

You might find that an odd line to follow given that the most profitable part of the InkTec business is inks, and the least profitable print systems, but there’s a rationale behind the strategy.

“1992 - 2000 we were really a desktop printer inks company, and then got into toner cartridges. Our CEO has a coatings background [in 1985 he started HaeEun Chem, which is the company that now develops specialised chemicals to coat inkjet substrates for InkTec] so when more companies started competing we started using his coaters for large-format media too. Then we found we were getting behind the market with large-format printer ink so we decided to get into large-format printer development - and now we want to expand the machinery side of the business, because it’s easier to develop inks for your own machines,” outlines Kim.

That’s great for the graphics market of course, which can expect to see ever more printer offerings from InkTec - the launch of the LXi7 being imminent. But, you’ve guessed it, the industrial print sector is InkTec’s big focus. “It’s the market everyone wants to get into because of the ink consumption possibilities,” Kim says quite plainly.

“We have a synergy in that we manufacture inkjet ink and hardware and we’re developing products across the board, but the industrial market is where we hope to enlarge our business territory most. It’s a new market for us so it will grow fastest.

“We want to bring inkjet technologies to more industrial operations that were dominated by screen and offset printing. We are already working with companies in Korea, such as LG, Samsung, Posco, installing machines on their factory lines to improve their productivity.

“The idea is that this will generate profit, which will come back into R&D, where we’ll continue development for the graphics business. The honest situation is that we need good profit from other parts of the business to plough into graphics development.”

In terms of the professional graphics market, it’s hardly surprising that Asia is InkTec’s biggest market, but Europe is a focus for 2018. “Many Asian companies are a bit behind in the European market because they have smaller brand recognition and we have to be able to prove we not only have product quality but the right levels of support,” says Kim, who believes that “in the UK we have done that. It’s our biggest European market [the UK accounts for 30-40% Jetrix sales across the region] and where we’ve learned to implement strategies for Western markets. France and Germany are where we have aims for key market growth in 2018.” He adds that post Brexit “we may need a small office abroad” to help meet its needs.

Europe accounts for about 40% (4:4:2 - ink:hardware:media) of global company turnover from the unit in which large-format/professional graphics sits. But there are big plans this year for European operations. “InkTec Europe is taking over European distribution channels of Jetrix from HQ, and our experience and speciality in customer service and marketing will help sales increase,” enthuses UK-based Kim. “Therefore, we are targeting a 50% increase in 2018.”

Kim admits that it has been an educational process to get his Korean-based bosses to understand the different mindset here in Europe, “It’s different from in Korea. Sometimes the Korean board of directors don’t understand that you need to present things more nicely here. But it’s a learning process, and we report to HQ and talk to them about the European market all the time because it offers a lot of growth and profit opportunity."

“InkTec Europe does not operate as a profit centre for HQ - we use our profits here to build the sales channel, to market more effectively etc. Also, of the 17 staff at InkTec Europe we have five engineers - It’s more than we really need, but it ensures next day support and the Asian mentality is that you provide near immediate service to you customers."

A Korean mentality too is a DIY one, which Kim explains has held back the company to some extent. “DIY is an ingrained Korean mindset. It’s gradually changing but it’s quite a shift for InkTec. We used to want to do everything ourselves, but we’re beginning to see the value of working in partnership to get product to market more quickly.” That means working with printhead manufacturers like Konica Minolta obviously, with IT companies in relation to connectivity and automation, and in doing distribution deals with the likes of Natura Media “to expand our range and provide more competitive choices.

“We are facing new challenges every day due to new competitors and rapid changes in technologies. But it’s also about customer demand and making sure you have products ready to satisfy that.”

So where is Jetrix putting its R&D budget, which averages at 12% of turnover annually? “Currently we are developing single-pass metal sheet printing machines and also inkjet label printers, just some examples of new developments for the next three years” says Kim. “In the Jetrix range we are about ready with the LXi7 to fulfill market demand not just for speed but for a machine using UV LED curing. It will come with a roll option and be ready by mid 2018.”

And what about inks, where of late a key focus for the company in general has been on conductive inks development for the printed electronics sector? “Ink margin is still quite reasonable as long as we develop new inks for new technologies, If we are only chasing red-ocean we can have good volume but can’t compete with products from East Asia with their low manufacturing costs and less R&D involvement.,” stresses Kim. “We will develop many different types of ink for inkjet - from desktop to industrial - to keep margins higher.

“Continuous innovation, not just in R&D but in management strategy, will ensure we meet our aim of being a high tech company delivering something unique to customers,” says Kim.