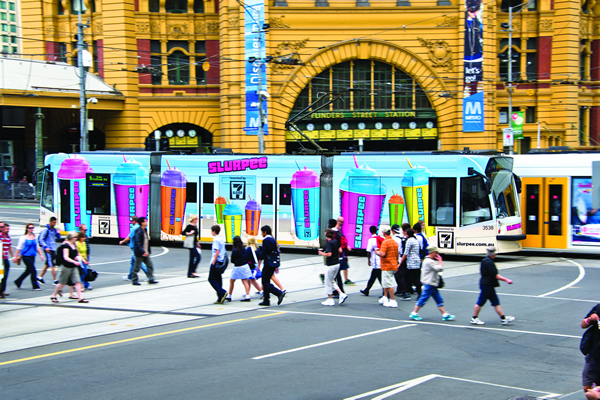 Could you tap into what is apparently a growing - but little exploited - market for solar glare reducing printed perforated window manifestations?

One of the benefits of using perforated window film on buildings, buses etc., is its contribution to reduced solar glare and internal heat build up – but do your customers know that? It may not be of primary concern given that we live in the sub-sunny UK, but it might just be worth mentioning as a secondary benefit to those considering wraps.

A recent study by US consultant Global Market Insights, shows that the solar control window films market is expected to reach $1.71bn by 2024, an 11.5% compound annual growth rate (CAGR) from $645.57 million in 2015. So clearly, there is a highly profitable emerging market waiting to be exploited by PSPs choosing to stress what can often be an overlooked benefit of applying window film.

According to Contra Vision, promotional and branding purposes remain the main driver in choosing perforated window film, but it recognises that with rapidly changing weather conditions, reduction in solar glare and heat gain could become increasingly important to specifiers - and printers.

If you cast your mind back you might remember the ‘Walkie Talkie’ building in the City of London being in the news, when light refracted from the buildings concave glass surface causing some parked cars to suffer heat damage. And a more recent press story about the ‘death ray’ at the Vdara Hotel in Las Vegas detailed how visitors were burned by reflected light from the curved glass-fronted building. Application of perforated window film to the 3,000 panes provided part of a retrospective solution to this – together with more parasols and tree shading!

Contra Vision says issues like these could have been prevented via the application of a window film such as Contra Vision Performance to areas of glass at the construction stage. Not only would that have which reflected light/heat, but would of course have created an opportunity to use the space for promotional or branding purposes. Those could be changed every three years, which is the recommended duration for perforated window film.

Sometimes the need for reduction in solar heat and glare is a predominant factor. For instance, in Washington, The Smithsonian Museum worked with Contra Vision from the design stage of a project to ensure valuable documents within its galleries would be protected from solar glare. And the company says it is increasingly being brought in by specifiers at an early stage to avoid retrospective changes or remedial measures being required.

Just think about the possibilities in regards to domestic, or hospitality settings. We’ve actually had it warm enough this summer for conservatories to become uncomfortable - even unusable - due to heat gain. An easy remedy would be the temporary application of perforated window film, either externally or internally. A market worth exploring?

In Australia, where use of Contra Vision Performance 40% transparency, perforated window film is extensive on public transport, both solar heat gain and glare are reduced by approximately 50%.

Reflective films are often used for the purpose of controlling solar heat gain or glare. But that means those inside the building or whatever cannot see out, an uncomfortable experience for many.

In 2015, construction applications of window film were valued at more than $370 million, and are expected to remain the largest revenue contributors in response to increasing demand for residential and commercial buildings. Imagine the financial possibilities if you could tap into this market?

Due to the growing automotive sector, installations here are projected to experience the industry’s highest gains. Automotive installations accounted for more than 25% of total volume of window film sales in 2015.

So the question has got to be, how can printers make more of this market - combining creativity and functionality to benefit clients and increase profitability?

Greater knowledge of the materials possibilities is a good place to start, and Contra Vision for instance offers a consultancy service. For short-term installations in particular - such as pop up shops, exhibition structures or at sporting events - reducing solar heat gain and glare via where window graphics can really add value. Using that knowledge in discussions with clients as early in the project as possible might just bring in cool, profitable jobs!