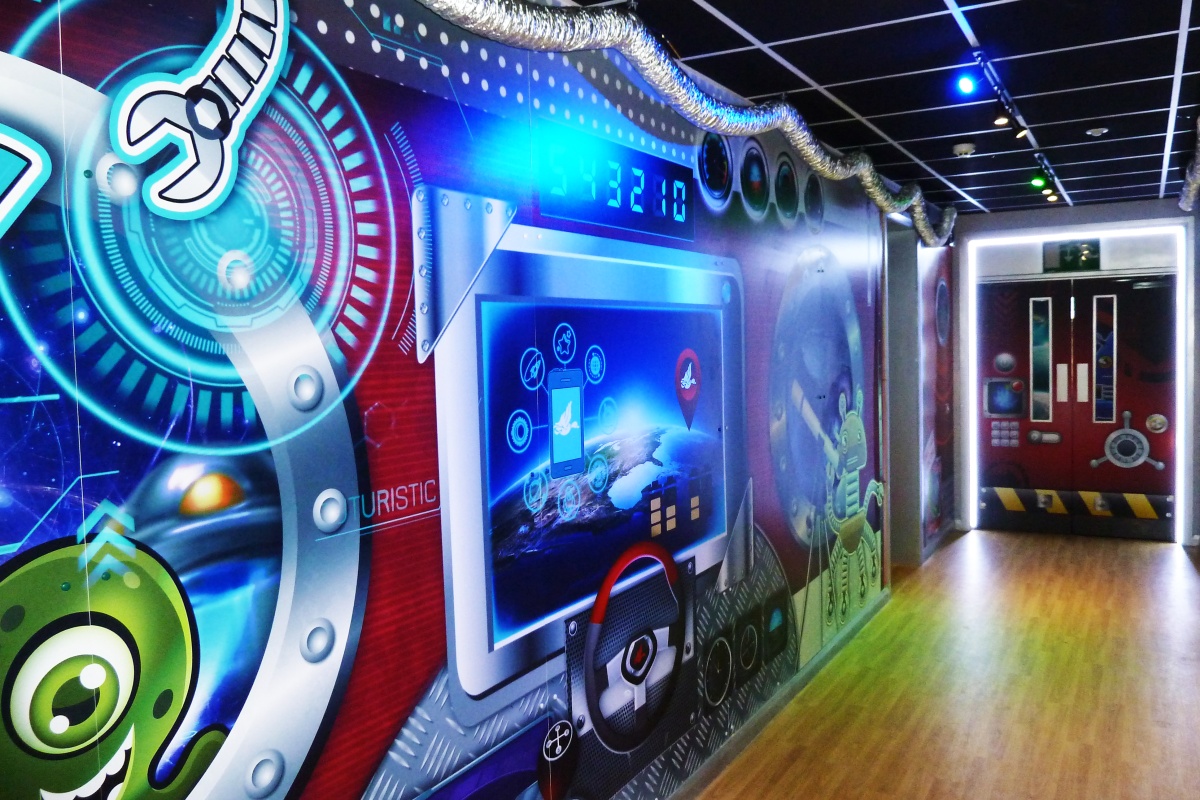 School graphics are taking off. PPS MD Noel Palmer explains how the Preston-based company is making the most from what is becoming a marketing trend within educational establishments.

League tables and Ofsted reports may be key instruments when it comes to swaying parents in favour of one school over another, but there are other methods schools use - like creating a ‘wow’ factor entrance for instance - and Palmer Publicity Services (PPS) is outstanding at delivering such visually enticing graphics for the sector. According to Noel Palmer, MD of the Preston-based large-format print specialist, there’s plenty of room for other PSPs across the UK to get involved in what is a growing niche.

Palmer explains: “PPS has been involved with schools for over 25 years, since designing our first prospectus in the 90’s. When we got into large-format printing before the Millennium, it was for commercial clients rather than schools - in those days schools didn’t have to market themselves!

“As our prospectus production work grew so did our expansion into large-format, and both coincided in 2010 when a new breed of headteacher arrived, one which realised they had to start marketing themselves as a business. As we already produced so many school prospectuses we were already known to many in the sector, and having an in-house design team along with large-format print and finishing equipment meant that we could deliver the visual application schools began to seek.

“It became increasingly clear that many heads saw the value of having more professional-looking reception displays, or in branding certain areas of the school. Advancements in technology helped our creative team expand simple designs ‘wow’ factor pieces of art! With digital wallpaper and direct to foamex printing we could easily cover vast expanse of walls but, as any interior designer knows, covering the wall is the easy part - it’s all about the theme or content displayed and stock photos of landscape scenes blown up to cover a wall just didn’t really cut it!

“Again, having creative in-house designers has been key - if it looks good it will sell and this is where we have scored. Most headteachers have a concept of what they want - we turn that into reality and along the way make creative suggestions that will deliver that ‘wow’ factor they really want.

“The educational area that allows us the most creative use of graphics is primary schools – the last to market themselves because they didn’t previously need to, and they never had the budgets! But things change. Primary schools provide us with the most creative challenges on the design front - amongst other things we have been asked for a gingerbread cottage in a forest with a rainbow for a large set of dividing doors and a tailored British values display to transform an entire sports hall. PPS has turned a dreary corridor into the inside of a rocketship, transforming a series of doors leading to toilets into air locks, large control screens, aliens floating past etc. Finally the ceiling tiles were painted black, interspersed with blue led spots and some aluminium coloured trunking hung along the corridor to complete the effect. Not just a bit of printed wallpaper then!

“Being able to conceive these ideas constantly helps upsell standard printed products. With the purchase of a router last year PPS can now incorporate flat cut lettering into designs to create a 3D effect and use various materials like brushed stainless metal and acrylics to further its range of displays.”

But Palmer offers some words of caution for those of you thinking of following his schools curriculum: “Of course the design sells as well as the final printed product so that’s a profit centre, but it can also be a double edged sword …interpreting the client’s thoughts onto paper is time consuming. Unlike with commercial clients, where I compare design costs to a running taxi, schools are different and everything is pre-costed and fixed, but we have the added advantage of undertaking the complete job from design through to installation so there is greater profit than some work where PPS might only do the printing.

“We have now expanded this concept of supplying the total package to schools with the addition of a full time web designer, as having created the new school branding with prospectus, signage, graphics etc. it made sense to complete the package with their website as well.

“Overall the potential for graphics within education is huge - there are some 49,000 primary and secondary schools out there but high profit custom products require initial visits and some hand holding so may be limited to a geographical region of reasonable travel. Not withstanding this, once you have a great working relationship with a school they tend to be loyal and keep using you … certain schools have been using us continually for 10 years or more.”

Alfred Zollar to deliver a keynote at EFI Connect

A sense of purpose

What technological developments will be the most crucial going into the new decade?