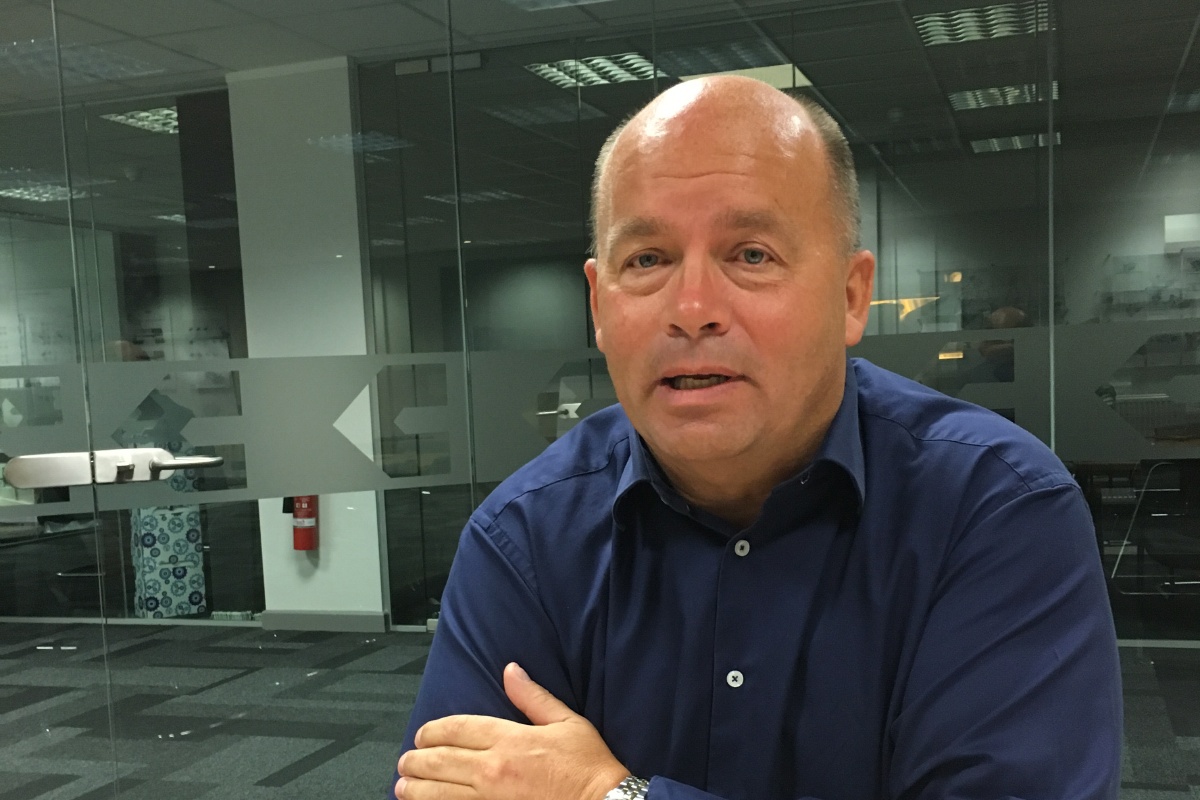 Did Zund do the right thing in leaving the UV flatbed printer market to concentrate on cutting systems? And how focussed is it on continuing to deliver high-end cutter/plotters to the graphics market?

In 2001 Swiss cutting systems manufacturer Zund entered the UV flatbed printer market. In 2007 it withdrew. With hindsight - given the rise in popularity of these machines - that might seem a regretful move to outsiders. But not to those within the company itself according to Stuart Cole, MD of Zund UK, the operation he joined in March this year, just a couple of months before it became a wholly-owned subsidiary. “I wanted to be part of the Zund philosophy. It’s not all about money - it’s about being the best.” And, he stresses, being the best in cutting systems means having a concentrated focus.

“Zund don’t feel they made a mistake in getting out of the flatbed printer market. They wanted to focus on being the best at making cutting systems, and I, like the others at the company, think focus is imperative if you’re to do that. That Zund has seen massive growth indicates they made the right move.

“I myself am a focus proponent. My own history is working on the printer side of things, and I look at the markets and see lots of diversification and don’t necessarily think it’s the right thing.”

“Zund cutters are an aspiration. They’re at the top of the triangle and that’s where Zund wants to stay. I’ve had conversations with the parent company about going with machines lower down that triangle to get more sales and the answer is a resounding ‘no’.”

So how exactly does Zund - which Cole confirms as eschewing the one-stop trend - hope to keep growing its business? Well, like so many other suppliers in the graphics sector, it’s seeking new markets.

The company, which was formed in 1984 by Karl Zund, has over 300 staff and sales/service organisations including in the UK, Netherlands, Italy, US, Hong Kong, India and Thailand (and goes through independent distributors elsewhere). As the still family owned business will not divulge figures, it’s impossible to measure its exact growth to date, or to analyse its sector/geographical performance, though market reputation backs-up its insistence that it is a leader in cutting systems. Having initially acted as a distributor of Wild flatbed cutters to European dealers in the sign and graphics sector - before developing tool heads and peripherals for said plotters in the mid ‘80s - it really became a manufacturer towards the end of that decade, its first machine shown in 1989 at the ‘Semaine du cuir’, a leather sector show. Since then it has developed cutters that are used across many segments including graphics and leather/footwear but including customer-bases as diverse as car manufacturing, upholstery, carbon and glass fibre and many other specialist users.

“Cutter market figures don’t tend to exist per se. At least we can’t find anywhere that collates them across the board, and I have asked,” says Cole. “But we know who the competition is and where we’re winning from the enquiries we get and the conversations we have. And we know that the machines we make are top notch and sought after across lots of markets. The largest single market in terms of unit sales and customers is graphics. That has been the case in the past and it is now, but our markets are shifting due to faster growth in other markets - automotive, textile, composites, furniture and furnishings for instance.”

So will an increasing amount of R&D budget be ploughed into developing cutting systems for these faster moving sector where Zund sees more potential growth? According to Cole, not necessarily. “I can’t say if R&D spend is more focused on graphics or other markets because the machines we develop are cross boarder. The G3 is still the mainstay for the graphics market - though it’s more expensive than the S3 it’s also more scalable and seems to hit the mark,” says Cole. But there is also the odd PSPs that buys the double beam Zund D3, though perhaps not the L3 aimed at the leather industry. And of course the company also has an array of supporting software packages like the Zund Cut Centre, Zund Design Centre (ZDC) and MindCut.

At Fespa 2017 Zund showed its D3 digital cutter with board handling system, and its new 3.6 kW router has been doing the show scene throughout the year. Latest innovations include laser cutting modules for textiles – the new LM 100W cuts polyester fabrics and seals the edges at the same time. With this one operator should take just a matter of minutes to convert a Zund cutter to a full-blown laser-cutting system, and it should be just as easy to reconfigure the cutter for the next application. By the end of 2017 we should also see availability of the overhead camera array for the Zund cutting tables as highlighted at Fespa in May.

“We have offerings that already suit lots of markets potentially, so there’s not really a huge amount of R&D capability required - it’s more about improving efficiency and productivity,” says Cole. “The focus is really now on finding apt markets and educating them about what is possible with our technology. There are lots of areas where people might not understand what our automated kit can do for them. Our job is to find those people and explain how we can help.”

He admits that that can be harder than it seems given that many of the larger corporates the company works with for instance, will not allow Zund to mention names, “which makes it hard for us to produce relevant testimonials.”

Textiles is seen as a huge opportunity for Zund - well beyond graphics/signage markets. “Furniture too is another growth market,” says Cole, who says that Zund subsidiaries, such as Zund UK, investigate their own territories for market opportunities and feed-back to HQ.

While all the subsidiaries act as separate cost centres, having input and support from Zund central is one of the key reasons why the UK operation went that route earlier this year. Though Cole says “changes have been minimal in how the company appears to operate” the move has provided the impetus for expansion. In recent months Zund UK has taken on three new sales people and a demonstration technician, and the ceiling of the demo centre is being lifted to create a bigger space for the inclusion of more kit.

Next year Zund UK intends to host a series of open days as part of the education process, a move which follows a number of ‘experience days’ held this past September at Zund central, to which distributors and subsidiaries invited existing and potential customers.

If there’s a key message from Zund at the moment it’s expect more of the same. In Coles’ own words it’s a game of “slowly, slowly, catchy monkey.”

“My remit at Zund UK is to move it forward, but I haven’t come in to double profitability! There’s no pressure to make huge leaps in sales etc. It’s about enhancing the operation - and about stability. Zund UK was and is functioning well so we’ll not be doing anything revolutionary - it’ll be slow improvements .

And in terms of the parent company? “In five years it will look pretty much as it does now as far as I’m aware, but hopefully flourishing in new markets.”