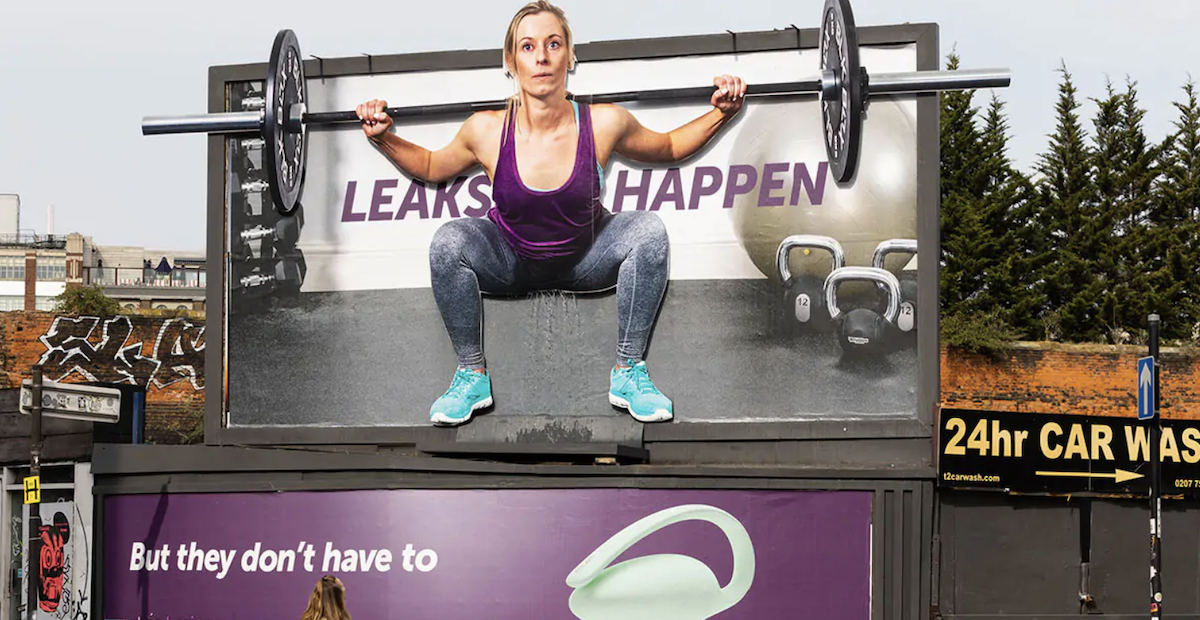 OOH specialist Kinetic was worked with creative agency Don’t Cry Wolf to deliver a billboard ad that ‘urinates’ on those passing by. The 6m poster for the femtech brand Elvie is part of a campaign to tackle the taboos around female incontinence.

“Incontinence is common in women at all ages and stages of life. Our ‘peeing’ billboard is bringing the issue out of the shadows and into the spotlight. We hope it will encourage women to start speaking out about the issue and seek the help they need to solve the problem,” said chief marketing officer Aoife Nally.

Elvie launched its campaign two weeks after TikTok banned a video on the brand’s profile that showed a weightlifting influencer leaking urine while weightlifting. The new ad shows 28-year-old mum Megan Burns, who suffers incontinence and associated taboos, lifting weights while real water leaks from between her legs and down the billboard. The tagline reads ‘Leaks Happen’.

Elvie will run videos and imagery from the billboard across its various media channels, along with stories from a number of women troubled by incontinence.